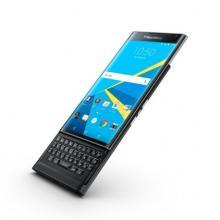 A few days ago, the Big Red has confirmed by way of its official Twitter news account that it will be offering the BlackBerry Priv smartphone soon. As many may have heard already, the BlackBerry Priv is a security and privacy focused slider handset that features both a touch screen interface, and a fully functioning physical QWERTY keyboard that slides out under the display screen. Moreover, the BlackBerry Priv also has the distinction of being the first ever smartphone offering from BlackBerry that is powered by Google’s Android mobile operating system.

With its announcement, Verizon Wireless has become just the second major wireless carrier based in the United States to officially sell the BlackBerry Priv smartphone. Last November 6th, the handset officially launched on AT&T, the second largest wireless carrier in America and considered Verizon’s number one competitor. AT&T is offering the BlackBerry Priv on its online store as well as in its physical stores at $249.99 on a standard two year agreement, or at $24.67 a month via a smartphone financing plan. For subscribers of AT&T Next, they can get buy the device for $0 down plus $24.67 a month with upgrade eligibility after 24 months or 30 months to get to own the handset, $30.84 a month for an 18 month upgrade or 24 months to own it, or $37 a month for a 12 month upgrade or 20 months to own it.

In the case of Verizon Wireless, the wireless carrier has not revealed any pricing or availability details yet for the BlackBerry Priv handset.

Compared to other devices produced by BlackBerry, the Canadian phone maker’s newest hybrid smartphone offering had enjoyed more buzz in the last few months. Understandably, much of the attention centered around the fact that BlackBerry was actually building a smartphone that runs on the Android mobile operating system, instead of BlackBerry’s own homegrown mobile OS.

Also, the device’s touch screen and physical keyboard dual offering also contributed to the buzz. Touch screen smartphones have the become the norm nowadays, but BlackBerry has always been one to defy conventions. At the least, with the Priv, BlackBerry might be hitting two birds with one stone -- pleasing the newer generation of mobile users accustomed to touch screen devices, while at the same time, providing an option for those who still prefer physical QWERTY keyboards.

For more information on other BlackBerry devices, you can browse phones and plans from BlackBerry at Wirefly now. To explore Verizon Wireless deals, you can also compare plans and devices from the Big Red.