Android For Work Now Being Used, Tested By More Than 19,000 Organizations 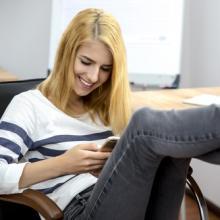 Google has just recently revealed via its official blog that its Android for Work service is now being used, rolled out, or tested by more than 19,000 organizations. For those who are not familiar with the service, Android for Work is a project by Google that aims to make it easier for business establishments to let members of their workforce bring their own Android powered mobile devices to the workplace. First introduced at the I/O developer conference back in 2014 and officially released in February early this year, the Android for Work service also has the nifty capability of separating the employee’s personal mobile apps from those used for work or for business. The business establishment’s IT still gets to control its mobile apps and the business data, while works can still have fun with mobile games without any conflict between the two sides. Google also took the opportunity to reveal that it is now making it easier for IT administrators to issue certificates, as well as apply more granular permissions. As for new users, they can now be provisioned via near field communications (NFC) technology.

Despite Google’s exciting announcement, it is not exactly clear yet how many of the 19,000 organizations are still in the process of testing Android for Work, or how many have actually used it. Still, the fact that companies are actually already starting to explore the service itself is a win for Google, and the initial 19,000 should only grow in the next few months (back in July, Google reported that more than 10,000 were already testing and using the service).

According to Google, it is already working with more than 80 partners consisting of various wireless carriers and device makers, including Samsung, LG, HTC, Motorola, Sony, ZTE, Lenovo, Huawei, Silent Circle (the company responsible for producing Blackphone, a smartphone that focuses on security and privacy features), Cisco, Citrix, F5 and SAP, and even Canadian phone maker BlackBerry, which will be supporting the Android for Work service and match Google’s Android patch schedule for the BlackBerry Priv, the first and only Android powered device produced by BlackBerry.

Back in July this past summer, Google had revealed that it had already added 8 new wireless carriers to the Android for Work project. These wireless carrier partners include big names in the industry such as the Big Four, namely Verizon Wireless, AT&T, T-Mobile, and Sprint, plus other mobile service providers like Rogers, Bell Canada, Telus Mobility, and KT.