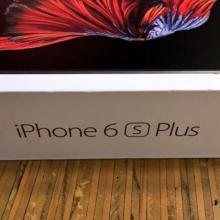 As reported by Flurry, more mobile users purchased phablets (smartphones with large display screens) during this year’s holiday season than ever. Indeed, phablet sales accounted for 27 percent of all new device activations during the week going into Christmas Day. That is easily double the share compared to the previous year and even a huge improvement over the 4 percent logged a couple of years ago. Of course, Apple’s latest iPhone model and phablet offering -- the iPhone 6s Plus -- had something to do with it. According to Flurry’s report, Apple’s flagship device accounted for 12 percent of the all Apple handsets that were activated during Christmas week.

Flurry generated its report based on the 780,000 mobile apps it monitors across a wide range of handsets. It is no secret that a tremendous number of mobile users get new smartphones and tablets in the last month of any given year, and Flurry looks into trends in holiday season sales of handsets in order to ascertain which types of products are selling and which phone makers are faring well in terms of units sold and market share.

For 2015, Flurry believes that the latest trend points to a significant decrease in the number of sales for small smartphones. Its report certainly shows that for the first time this year, mobile users everywhere seem to prefer buying phablets compared to small screened handsets. Flurry also noted that devices that feature a display screen that is less than 3.5 inches in size are virtually wiped off the face of the earth.

So when did people start appreciating phablets? Smartphones with large display screens are nothing new, but for much of the last decade, people generally favored using handsets that fit comfortably in their palms. That all changed in the last couple of years when a few Android phablets were released in the market. The revolution was all but complete when Apple joined in on the phablet fun, releasing the iPhone 6 Plus, which came with a 5.5 inch display screen, in September of last year. Need proof? Flurry’s data points out that for the first time in 2015, phablets accounted for over 50 percent of all handsets that run on Google’s Android mobile operating system (big credit goes to the great reception of Samsung’s Galaxy Note line of smartphones).