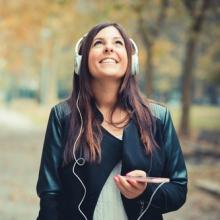 Apple Music has finally come to mobile devices powered by Google’s Android mobile operating system, albeit it is still on beta. The music streaming subscription service launches on Android in all of mobile markets around the world that Apple has Music for IOS in, that is, with the exception of the Chinese market, where the company is planning to launch a beta soon.

Apple Music on Android works remarkably similar to the version on iOS. It already includes a three month trial period (just like the iOS version), and generally shows the same prices across the globe. In order to run on Android powered devices, Apple Music requires Android 4.3 or newer, and works with For You, New, Radio and Beats 1, Connect and My Music.

Because Apple Music on Android is essentially still a beta version, some may notice that it is missing two features. Music Videos is not made available on the Android version. Also nowhere to be found is the capability of signing up for a family membership within the mobile app. As for mobile users who already acquired a family plan elsewhere, they can log in with an authorized Apple ID in order to gain access.

While some may think this marks the first time that Apple has released a mobile app that runs on its rival’s mobile OS, this is actually not the case (although it would perfectly understandable to think otherwise). That honor goes to the iPhone maker’s Move To iOS mobile app, which appeared in the Google Play Store back back in September earlier this year.

Still, historical technicalities notwithstanding, the arrival of Apple Music on the Android platform should be welcome news for some mobile users, especially those who wanted to experience Apple’s music streaming subscription service but could not on account of the mobile OS their smartphones or tablets are using.

For both industry watchers and casual consumers, it may be interesting to observe how Apple makes adjustments to the Android environment, particularly with regards to which features it is going to port from its own iOS mobile operating system. Others may also be looking forward to seeing how the iPhone maker builds from this, especially in possibly building mobile apps that can run on other platforms not named iOS.

As for music lovers everywhere, they may be touched to know that Apple is looking beyond mobile operating systems in getting its Apple Music service to as many hands (or more accurately, ears) as possible. After all, music has always been meant to be shared universally, and in order to make that happen, Apple has done well to cross into Android, which is considered the most widely used mobile operating system in the planet right now.