Apple Pay To Land In Canada This Week 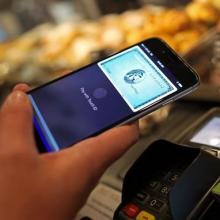 According to the blog iPhone in Canada, Apple’s own mobile payment system could be launching in the country of Canada as early as this week. Apparently, customer service representatives from American Express had told the tech website that Apple Pay is scheduled to arrive in the Canadian market on Tuesday, November 17th.

This news would certainly be consistent with the statements that Tim Cook, the chief executive officer of the iPhone making company, made back in October earlier this year. He had said that time that Apple Pay will be made available to customers of American Express based in Canada and in Australia before the end of this year.

Most people probably already by now how Apple Pay works. With the use of an iPhone device (an iPhone 6 model or newer) or an Apple Watch (the first and only smartwatch offering from Apple), iOS users can pay for stuff they purchased at supported retail stores and business establishments through near field communications (NFC) technology. Those who own Apple tablet devices such as the iPad Pro, iPad Air 2, iPad Mini 3, and iPad Mini 4 can also use Apple Pay to facilitate in-app purchases.

Ever since Apple officially launched its contactless mode of payment back the United States market in October of last year, Apple Pay has shown remarkable progress and growth. In July this summer, the mobile payment system launched in the United Kingdom. Throughout most of its first year of availability, Apple Pay has continued to acquire support from various banks and retail companies, especially those based in the US. But in order to really dominate over its rivals (which include Google’s Android Pay and Samsung Pay), Apple needs to expand its payment system to more markets outside America.

Of course, penetrating other countries is easier said than done. Here in the US, Apple enjoys a 0.15 percent cut for every credit card transaction completed via Apple Pay. In other countries, however, including major mobile markets such as China and Australia, banks there are less welcoming of this cut.

Still, Apple has made some progress. In April earlier this year, Apple was purportedly in discussion with six of the biggest banking companies in Canada, in hopes of rolling out Apple Pay by November. However, in order to penetrate the Canadian market, Apple has had to bypass these banks and other major credit card companies because the discussions were taking too long.