Is Apple Planning To Launch A Competing Product To PayPal’s Venmo? 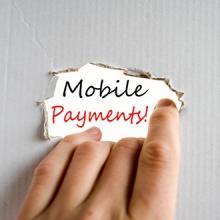 As reported by the Wall Street Journal, Apple is apparently in discussions with several banking establishments to launch a mobile payments service, which would go head to head with Venmo, the mobile peer to peer service provided by PayPal. Apple’s new mobile payments service could be made available as early as next year, and the iPhone maker envisions the service as one that would tie bank accounts with Apple’s mobile devices. For mobile users, this could mean that they could easily send cash from one person’s checking account to to another.

Who exactly are these banking institutions in talks with Apple? As indicated in the Wall Street Journal’s report, these include JP Morgan, Capital One, US Bancorp, and Wells Fargo. It has not been made clear how the discussions are faring as of now, but the report states that the launching of Apple’s new mobile payments service is by no means imminent.

But wait -- doesn’t Apple already have Apple Pay? The new mobile payments service is a separate offering from the company, but in all likelihood, it will be compatible with Apple Pay, which currently works on iPhone and Apple Watch devices, and has support for American Express, MasterCard, and Visa, among many other major credit card providers.

As the world is heading into an increasingly mobile era, it is no surprise that the mobile payments service industry is becoming more and more competitive than ever. Venmo is considered one of the fastest growing services out there, making up 19 percent of mobile peer to peer payments. Young professionals and even teenagers have taken a liking to Venmo, probably because it lets users list their payments on a social media feed. During the third quarter of this year, consumers completed $2.1 billion worth of mobile payments via Venmo, significantly up from the $700 million it managed during the previous year.

Others are joining in on the fun too -- Alphabet’s Google division, payment startup Square, and social media giant Facebook all offer their own takes on peer to peer payment services. Google had let consumers send cash to each other via Gmail for some years, and lately, produced the Google Wallet mobile app for those who want to do it mobile style. Square also facilitates peer to peer payments with the use of debit cards to user who have created a “$cashtag” account with Square. In March early this year, Facebook incorporated peer to peer payments via its Messenger service. Once users add a debit card to a Facebook account, the person can send cash easily via the chat window.