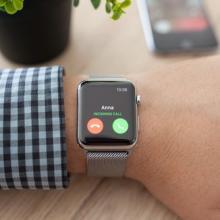 Apple fans may have already noticed by now that the iPhone maker is not exactly one for giving discounts for its devices, but in some  rare occasions, the tech giant does throw some sweet deals from time to time. Take this recent weekend for instance -- the company is actually starting to give mobile consumers a discount in the amount of $50 for its Apple Watches, and it is serving up this deal specifically to those who buy its current flagship devices, the iPhone 6s and the iPhone 6s Plus.

As reported by MacRumors, this discounted special offer for the new iPhones and Apple’s first and only wearable device to date will run from October 30th until November 15th of this year. Moreover, this promo is only running in a select number of Apple Stores based in California and in Massachusetts. In California, the stores include those in Burlingame, Chestnut Street, Corte Madera, Hillsdale, San Francisco, and Stonestown. As for stores in Massachusetts, these include those in Boylston Street, Burlington, Cambridge Side, and Chestnut Hill. For mobile users who are near or around these mentioned locations, they may want to call ahead before heading to the Apple Store, just to be sure.

It should also be noted that Apple’s deal is not made available on the company’s online store. Furthermore, this special offer is only good for customers who are buying a new iPhone 6s device and an Apple Watch. For those who already own an iPhone and are purchasing a new Apple Watch, the deal does not apply. However, for customers who purchased their iPhone 6s device relatively recently, say, like within the last couple of weeks, they are technically still within the return window, and perhaps they can still take advantage of the fact. Lastly, high end Apple Watches, such as the Apple Watch Edition model and Hermes, are not included in the promo.

Unlike other players in the mobile industry, Apple is not exactly suffering through lagging sales, at least as far as everybody knows (iPhone sales are good, but the company has not published any official sales figures for the Apple Watch yet), so why this promo? It is possible that the tech giant may just be serving an appetizer before the holiday season sets in, and history can tell that the iPhone maker has always had robust sales during the last months of a given year. Or maybe, just maybe, Samsung’s latest moves are getting to Apple. For other Apple deals, you can explore plans and phones from Apple at Wirefly now.