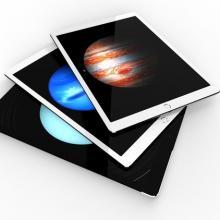 Apple has finally announced the official launch date for its new iPad Pro device. The tablet will be made available on Apple’s website on Wednesday, November 11th, and will later arrive in store shelves at Apple stores, authorized retailers, and selected wireless carriers later in the week. According to Apple, the iPad Pro will be released in the US market as well as in over 40 markets around the world.

The iPad Pro was first introduced by Apple back in September earlier this year, alongside the latest iPhone models (the iPhone 6s and the iPhone 6s Plus). Equipped with a 12.9 inch display screen, the tablet is considered the largest iPad ever released by the company, and is a major improvement (at least in terms of size) over the iPad Air, which only sports a 9.7 inch display screen. Apart from its notable size, the iPad Pro can also support a stylus input device as well as a keyboard, both sold separately from the tablet.

As expected of any Apple device hitting stores for the first time, there is some excitement for the wide release of the iPad Pro. But industry watchers may be left wondering exactly how much excitement there is on account of slowing sales not only for Apple’s iPad devices, but also for tablet devices in general.

In the last quarter, sales of iPad tablets dropped 20 percent compared to the same quarter one year ago, falling to 9.9 million units. It also marked the seventh consecutive quarter that iPad sales have decreased compared the previous year’s and failed to surpass expectations from industry analysts. As a result, Apple’s share of the tablet market continues to shrink.

Will the iPad Pro be the one to save the market for tablet devices? Apple certainly hopes so. The company is positioning the iPad Pro as a tablet not only for watching video content and playing video games. The iPhone maker is also highlighting the fact that its biggest iPad device so far can also be used for business, boasting an A9X 64 bit chip and an ability to work with Adobe Systems and other software applications used by artists and creatives.

Features wise, the iPad Pro brings more than a handful. The tablet supports Apple’s new split screen view technology, which as its name implies, allows mobile users to view more than one mobile app on the iPad Pro’s display screen at the same time. And as mentioned earlier, the iPad pro also supports a pressure sensitive stylus aptly called the Apple Pencil. For good measure, Apple also offers a new Smart Keyboard, which can serve as a full size keyboard or a cover, essentially turning the iPad Pro into a mini laptop.