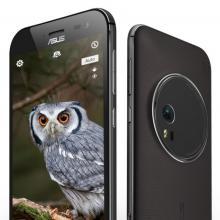 ASUS’s ZenFone Zoom has the distinction of being the first modern smartphone in around the world to possess a camera with 3x optical zoom but without any protrusion. This handset was first introduced by ASUS almost exactly one year ago at the annual Consumer Electronics Show (CES 2015) held in the city of Las Vegas in Nevada to the delightful surprise of camera loving mobile users out there.

But the device certainly took its time in launching in the United States market. Now, it appears that the wait is over -- it has been announced that the ASUS ZenFone Zoom handset will be making its debut in store shelves everywhere by next month. How much can people expect to pay if they want to get this smartphone? The price would be $399 with no contract. It is definitely not cheap, but with camera specs like that, it just might be worth it.

In polishing the quality of the camera of its ZenFone Zoom device, ASUS acquired the assistance from two of the biggest tech giants in Japan, Panasonic and HOYA. Panasonic is responsible for manufacturing the 13 megapixel SmartFSI sensor, while HOYA built the 10 element lens. The result is a smartphone camera capable of 3x optical zoom without any visible parts protruding from the main frame of the handset.

On top of 3x optical zoom capabilities, the ASUS ZenFone Zoom’s camera also features optical image stabilization, laser auto focus, and dual tone flash. The aperture on the device’s camera also ranges from f/2.7 (for comparison, most other flagship devices sport a f/2.0) to f/4.8. For selfie aficionados, the handset is equipped with a 5 megapixel camera on the front side.

Camera specifications aside, the ASUS ZenFone Zoom phablet comes with a 5.5 inch display screen with 1,080 pixel resolution and Gorilla Glass 4 glass. With regards to hardware specs, the smartphone packs a 2.5 GigaHertz four core Intel Atom Z3950 chip set, as well as a PowerVR G6430 graphics processing unit (GPU), supported with 4 gigabytes of random access memory (RAM) and 64 gigabytes of onboard memory. The device runs on Google’s Android 5.0 Lollipop with ASUS’s own ZenUI, and is powered by a 3,000 mAh battery.

Back in August of last year, it was reported that ASUS was planning to debut up to seven other new ZenFone mobile devices this year, which will likely include a premium level ZenFone Deluxe smartphone, a couple of ZenFone Laser variants, a ZenFone Selfie and ZenFone Max handset, plus one or two ZenFone Go smartphones.