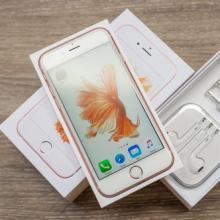 The holiday season shopping rush is truly upon us, and so are the special offers and promos from various wireless carriers. The latest to introduce a new promo is AT&T, which just recently announced that it is offering two of the best selling flagship devices today -- Apple’s latest iPhone model, the iPhone 6s, and Samsung’s newest flagship device, the Galaxy S6 -- for the price of one.

Here’s how the deal goes -- those who are planning to purchase any one of the iPhone 6s or the Samsung Galaxy S6 via AT&T’s early upgrade plan, AT&T Next, gets to have a bonus handset of their chosen smartphone absolutely free of charge. It should be noted though that this special offer is made available for a limited time only (until December 31st of this year) to both current subscribers or new customers of AT&T.

In order for customers to become eligible for this promo deal, they must buy their first device on AT&T Next, either on a new line of service, or as an upgrade to a current handset. To qualify for the free iPhone 6s or Galaxy S6, customers will have to purchase the bonus handset via AT&T’s Next 24 installment plan, and then add the device to a new line of service. Moreover, both handsets must be on a qualifying AT&T wireless plan like Mobile Share. Mobile Share Value plans start at $55 a month for 2 gigabytes of data.

Upfront, customers can expect to pay sales tax as well as applicable activation fees. However, they will also get to have up to $650 back for buying their second bonus handset, in 30 equal bill credits every month (as much as $21.67 a month). Note that the credits will be applied to every bill over the 30 month period of the customer’s Next 24 contract, which also lets the customer hand back their iPhone 6s or Samsung Galaxy S6 and then upgrade to a new handset after a period of 24 months.

Now for the caveats -- instead of essentially just giving away a free handset to subscribers, AT&T is requiring people to sign on for a 30 month installment plan for their bonus handset. Of course, customers will eventually own their device, but they will have to make 30 device payments (they can have the payments re-credited to their account) before they can actually get to keep the second handset.

What happens if the subscriber decides to end their AT&T service before their Next plan is over? They can expect to lose the free pricing of their second iPhone 6s or Samsung Galaxy S6, plus the remaining balance of both handsets is due (as much as $650 for each handset). Furthermore, the monthly bill credit of $21.67 will not be applied until the customer has already completed payment of about $650 in monthly payments, or after three bill cycles. Lastly, the deal is not valid in Connecticut, Rhode Island, or Miami-Dade county, and subscribers of AT&T’s Next 24 who opt to upgrade early, i.e. after 24 months, may lose their ongoing bill credit for the next six months of their 30 month contract for the iPhone 6s or Samsung Galaxy S6.