AT&T To Eliminate Its Two-Year Smartphone Plan Next Year 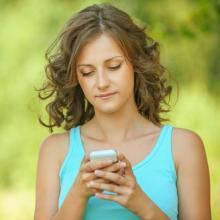 Right at the onset of 2016, the second biggest wireless carrier in America will be saying goodbye to its standard contract plan. Indeed, beginning on January 8th of next year, AT&T will be formally eliminating its two year smartphone plan, wherein mobile users pay a set price for the cost of a handset as well as a couple of years of wireless service.

With the regular two year smartphone plan removed from AT&T’s range of services, the Next program will be put in its place. For those not in the know, the wireless carrier’s Next program allows its subscribers to rent their handsets by paying a monthly fee, and after completing a specific number of payments, customers can trade in their device for a new smartphone. Or, they can choose to pay off the device in 18 months to 24 months. By next year, only business customers will be given the chance to opt for the old standard contract plan.

What this all means is that by 2016, the expected prices of new entry level mobile devices will be no more. For instance, for those looking to get Apple’s iPhone 6s device, they can no longer expect the usual $199 price, but instead, they will be made to pay a monthly charge of about $22. On top of that, subscribers will also be paying for the cost of voice call and data wireless service. What about those who prefer not going for AT&T Next? They can still elect to pay the full price of a handset and then pay a separate amount for wireless service. As for those still subscribed to old smartphone plans, they can choose to remain in their plans until they decide to upgrade their handset.

This latest move from AT&T is yet another sign that the mobile service landscape is indeed starting to change, especially with regards to how customers can pay for availing of wireless services. For several years, wireless carriers have obscured the true cost of devices by charging a subsidized fee for them. But then mobile service providers such as T-Mobile started shifting to monthly installment plans, at the same time getting rid of their standard contracts and subsidies. Others followed suit -- Verizon Wireless started eliminating its subsidized contracts back in August earlier this year, and even Apple has begun offering its own iPhone upgrade program last September.

The result is that mobile users in general now have a fairly better understanding of what their handset actually costs. Moreover, the process in which we purchase mobile devices have also changed -- we can now either buy a smartphone outright, or lease it and later hand it in.

For more of AT&T services, you can explore plans and phones from AT&T at Wirefly now.