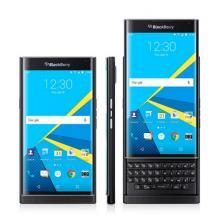 In the next few days, AT&T will become the first major wireless carrier in the United States to carry the Priv, the first ever Android smartphone produced by BlackBerry. The second largest mobile network provider in America will be making the BlackBerry Priv device available in retail stores across the US as well as online via att.com beginning on Friday, November 6th of this year.

Owning a BlackBerry smartphone that is powered by Google’s Android mobile operating system may be considered new territory for users of the Canadian phone maker, who are probably used to having BlackBerry devices that run on the company’s own homegrown software platform. However, with Android being the most widely used mobile operating system in the world right now, BlackBerry might have done right in getting in on the program, even if it is just on one device. Besides, it just might encourage Android users to try getting a BlackBerry device.

As far as BlackBerry devices go, the Priv handset appears to be the ideal smartphone for introducing BlackBerry to Android users. The Priv comes with a 5.4 inch dual curved Corning Gorilla Glass 4 display screen. This is complemented nicely with an 18 megapixel twin flash Schneider Kreuznach certified camera on the rear side, and a 5 megapixel camera on the front side.

The BlackBerry Priv device also has the distinction of offering both a touch screen capable display screen, and a separate physical QWERTY keyboard housed in its slim and sleek design. Some may find the old school charm of a physical keyboard that slides out from under the display screen not just convenient but also cool.

With regards to hardware specifications, the BlackBerry Priv smartphone is equipped with a Qualcomm Snapdragon 808 chip, and is supported with 3 gigabytes of random access memory (RAM) as well as 32 gigabytes of onboard storage. Plus, mobile users can choose to further expand the memory up to 128 gigabytes with the use of a micro SD card. The device also features a 3,410 mAh battery that provides up to 22 and a half hours of uninterrupted power supply. Software wise, the BlackBerry Priv runs on Android 5.1 Lollipop.