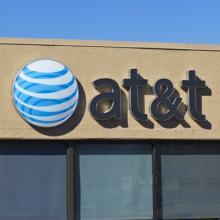 A total of 38 new cities in the United States are about to get an early year ender gift from AT&T. This is because the second biggest wireless carrier in all of America is planning to expand its GigaPower service to these cities, bringing super fast Internet connections to subscribers of AT&T in these areas.

AT&T has announced this week that it will be rolling out its GigaPower service to new locations across the US, bringing its total number of covered cities and metros to 56. The expansion effort will include new areas such as the cities of Los Angeles and Detroit. By next year, AT&T is looking to further improve the availability of its GigaPower service to more than double now.

For those not familiar with the GigaPower service, it is AT&T’s fiber optic network service that promises to provide broadband service with download and upload speeds of 1 gigabit per second (gbps). For context, 1 gbps would allow subscribers of the wireless carrier to download more than a couple of dozen songs in less than one second, or an entire TV series in just three seconds, or their favorite movie in HD in about half a minute.

As explained by Brad Bentley, the chief marketing officer of the wireless carrier’s entertainment division, the ultra fast connection speeds provided by the GigaPower service would allow AT&T’s individual and business subscribers to access more content from the web through mobile devices faster and easier. It is no secret that mobile users of today are increasingly browsing the Internet through their smartphones and tablet devices, and wireless carriers are now trying to keep up with the ballooning demand for more web content access via mobile. As for high speed connection speeds, it is only available to a portion of the 318 million mobile users based in America.

Still, there has been significant progress in making faster broadband services available to more consumers. Google got the ball rolling when it introduced its Google Fiber service back in 2010. A number of years since, connection speeds have generally improved -- it is less frustrating now to view a YouTube video on a smartphone than it was a couple of years ago.

By expanding its GigaPower service to new markets, AT&T can also expect some competition in certain locations. For instance, Jackson, Mississippi is considered a new market for AT&T but regional wireless company C Spire actually already has started building a gigabit broadband network in that city. Another new metro for AT&T -- Cleveland (Ohio) -- has also begun working on a fiber network that is capable of providing connection speeds at 100 gbps.

Want to explore other services from AT&T? You can browse more plans and phones from AT&T at Wirefly now.