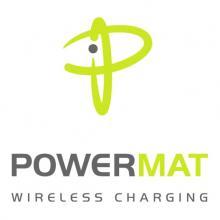 The idea of charging your smartphone just by putting it on the table without need of power cords and cables is certainly enticing. And industry watchers are saying that in a few years, this piece of technology will undoubtedly become a reality. But bringing this idea into life turns out to be full of complications, especially for the people who are supposed to make this happen.

Now, there is one other hurdle to overcome -- legal infighting amongst board members of an important wireless charging company. It turns out that three board members of the Powermat Technologies sued the company and its chief executive officer, Thorsten Heins, last October. The reason is that they believe Heins is operating without an approved budget, and is making the company mired in debt.

In response, Powermat Technologies called the legal complaint distorted, biased, and lacking in substance. Just a week ago, Powermat further defended itself by saying that the truth will eventually come out about the malicious allegations thrown at the company by three members of its own board.

This is unfortunate for wireless charging in general, just as things are starting to brighten up. Over the past few quarters, Powermat Technologies had significantly boosted the number of charging locations to seven times as much, now at 1,400 in total. Mobile giants such as Samsung have already incorporated Powermat’s wireless charging tech into flagship devices like the Galaxy S6. Moreover, Powermat had decided to settle its differences with another wireless charging company, opening the possibility of further expanding the compatibility between charging stations and more mobile devices. However, the legal infighting could derail Powermat’s momentum now, and there is no telling how or when the company can regain it.

As for Heins, he finds himself in the hot seat once again. He had previously tried to stage a comeback for BlackBerry a few years ago, but was ultimately unsuccessful, leaving him to resign his post as CEO for the Canadian mobile manufacturing company in 2013. Now, he has another set of problems to deal with. Regarding the Powermat complaint, Heins has filed his own affidavit defending his actions and vehemently disputing the allegations made by the three board members.