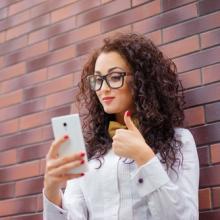 FreedomPop is a mobile virtual network operator (MVNO) that uses Sprint’s network, and it has revealed its plans of further widening its current range of smartphone offerings by introducing a new handset that is capable of using Wi-Fi for voice calls, text messaging, and data. For those not familiar with FreedomPop, it is considered the first mobile network provider to provide 100 percent free wireless services for customers.

And when the Los Angeles based wireless carrier is not out offering talk, text, and data absolutely for free, it is busy exploring other ways in which mobile users can get access to very cost effective wireless solutions, mainly through Wi-Fi related means. Of course, FreedomPop is not the only network provider dealing with Wi-Fi services. As a matter of fact, T-Mobile, Cablevision, and other companies also provide Wi-Fi services and hotspots in order to attract budget conscious mobile users.

But apparently, FreedomPop wants to take it further by introducing a Wi-Fi first phone. Such a device would certainly help mobile users save money because they longer need to make use of a cellular network wherein they will have to eat away at their monthly allotments for voice calls and data use. But by using a handset that uses W-Fi by default, they can make phone calls via VoIP (Voice over IP), send and receive text messages, and surf the web. Connecting to a cellular network is only made available if no Wi-Fi connection is existing within the area.

FreedomPop’s Wi-Fi first smartphone is expected to be launched some time next year in the US and in the United Kingdom, and it will be priced at somewhere between $99 and $199. The device will be made available in the US market via the wireless carrier’s $5 a month plan, which already comes with unlimited voice calls, text messaging, and data.

The device will be manufactured using Intel’s SoFIA platform. For a bit of a background, SoFIA is a cost effective smartphone processor that is capable of integrating the modem with the chip in order to avoid high production costs and basically pass the savings to the mobile user. The Wi-Fi first handset that FreedomPop is building based on the SoFIA protocol is designed to facilitate smooth switching between Wi-Fi to cellular, and transmit high quality VoIP calls, plus the ability to manage connection speeds. The smartphone is capable of tapping into any existing Wi-Fi network, or take advantage of any of FreedomPop’s Wi-Fi hotspots across the US.

Interested to know more about FreedomPop? Why don’t you explore plans and phones from FreedomPop at Wirefly now?