Future Smartphone Screens Will Use Virtually No Power, But Still Display Crisp Graphics 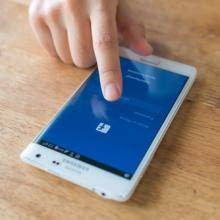 Bodle Technologies, a spin-out of the Oxford University, has developed a new material for mobile devices that promises to offer a smartphone screen that requires very little power. If Bodle ever produces a commercially viable version of this material, it has the potential to shake up the entire smartphone and wearables industry.

Most mobile devices today after all are use more than 90 percent of their battery energy on illuminating the display screen. However, the new piece of technology developed by Bodle Technologies is based on tech that is used in making rewritable DVDs, which takes advantage of electrical pulses to make clear and vivid display screens that require no energy, and can even be viewed easily even in conditions where there is direct sunlight hitting the device.

As revealed by Dr Peiman Hosseini, founder of Bodle Technologies, his company has managed to get an unspecified significant amount of seed finance from the Oxford Sciences Innovation (OSI) fund, the investment arm of the Oxford University, which commands more than $484 million in growth capital. Bodle Technologies is also reportedly in discussions with a few of the biggest consumer electronics companies in the world, although for legal reasons, Bodle can not disclose any of their names for now. Dr Hosseini has expounded that the material they developed may not only be used for mobile devices, but also spawn new products, like smart windows for instance, which by way of special glazing methods, will have the ability to block infrared waves from entering buildings and structures, especially those without air conditioning, as a result, saving about 20 percent on power costs.

What makes Dr Hosseini’s news even more exciting is the fact that Bodle Technologies has actually come up with a low cost production process that could manufacture prototypes in just a period of 12 months. This low cost manufacturing method could be used to make unfakeable holograms, to be used in combating counterfeits, says Dr Hosseini, who has been backed by the Royal Academy of Engineering.

Established by the Oxford University and its spin-out arm ISIS innovation, the OSI was founded to help commercialize research and development in areas such as mathematics, physics, and life sciences. With the help of ISIS innovation, over 130 companies have been incorporated since the year 1988. Oxford’s ISIS startup incubator has managed to lend a hand in launching an additional 45 software ventures, including Onfido, a background checking company that was able to raise $4.5 million in funding in 2015.

Among other significant spin-outs of the Oxford University, notable standouts include Oxford Nanopore Technologies and NaturalMotion, as well as AIM and NASDAQ listed companies such as Oxford Immunotec and Velocys.