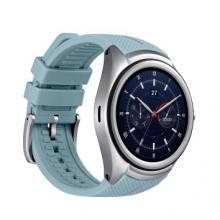 Mark this down as another win for Android users, especially those who own, or are planning to get, wearable devices, particularly those that are powered by the Android platform. Google has officially announced that it has finally added cellular connectivity to Android Wear, the operating system that the tech giant designed specifically for smartwatches and other wearable devices. This latest development from the company could finally pave the way for more smartwatches to function independently from the smartphones they are paired with.

As of now, the Android Wear operating system already has support for Bluetooth and Wi-Fi connections. But Google is taking it into another level by essentially allowing wearable devices powered with Android Wear to connect directly into mobile networks, and consequently, be able to make and take calls, send and receive SMS messages, perform Internet searches, and other web related tasks. And they will all do it without having to be paired with a smartphone, or needing to connect to a Wi-Fi signal.

What will this mean for mobile users? For one, they will now be able to leave their smartphones behind, and just bring along their smartwatches or any wearable device while going out for errands or when taking a jog to the nearby park. Of course, wearable devices are not as good as smartphones yet in performing other complicated tasks, so it may not be wise to always leave behind one’s smartphone when going out. But still, it would be really cool, once in a while, to be able to just take a run without worrying about how you are going to carry that favorite phablet around.

As explained by Google, the addition of cellular connectivity to the Android Wear operating system will go into effect with future smartwatches and wearable devices installed with the software, beginning with LG’s new Watch Urbane 2nd Edition LTE. For those not in the know, the LG Watch Urbane 2nd Edition LTE smartwatch has already been made available in the United States market through major wireless carriers such as Verizon Wireless and AT&T. In the coming months, the smartwatch should launch in international mobile markets around the world.