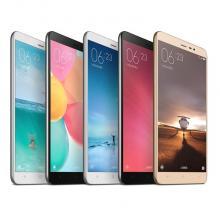 It has only been three months since Xiaomi launched its Redmi Note 2 phablet, and now the Chinese phone maker is presenting a newer model called the Redmi Note 3. As many may have expected, the Redmi Note 3 is a midrange smartphone offering that comes with a price of $141, and some decent specifications and features. But alas, for now, the handset is set to be launched in the Chinese market only.

So what can mobile users expect to get for this $141 smartphone? For starters, they got a full metal frame housing a 5.5 inch display screen with a resolution of 1,080 pixels. This is complemented nicely with a primary 13 megapixel camera on the rear side, as well as a secondary 5 megapixel camera on the front side. The new metal build comes in either gold, silver, or dark grey colors.

With regards to hardware specifications, the Xiaomi Redmi Note 3 phablet comes with an MTK Helio X10 chip set, which can also be found in its predecessor the Redmi Note 2. This is further supported with 2 gigabytes of random access memory (RAM), plus 16 gigabytes of onboard memory. For those who have extra cash to spend, they can also choose to upgrade to 3 gigabytes of RAM and 32 gigabytes of internal memory. For good measure, the Redmi Note 3 also possesses a whopping 4,000 mAh battery that features fast charging support that powers up to 50 percent in just one hour.

As for its features, the Xiaomi Redmi Note 3 has a fingerprint sensor on the rear side (this marks the first time that the Chinese mobile giant has incorporated such feature in its smartphones) which has the ability to unlock the handset in just 0.3 seconds, and integrates nicely with the new Mi Wallet service from Xiaomi.

Apart from the Redmi Note 3, Xiaomi also took the opportunity to introduce the Mi Pad 2. The device’s display screen has a resolution of 2,048 by 1,536 (at 326 pixels per inch with a 4:3 aspect ratio. It is made available in either champagne gold or dark gray colors. As far as hardware specifications go, the Xiaomi Mi Pad 2 comes with a 2.24 GigaHertz four core Intel Atom chip set, supported with 2 gigabytes of random access memory (RAM), and 16 gigabytes of onboard memory. The price is at $156.