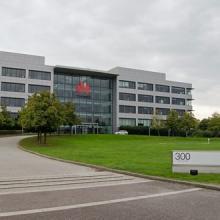 It appears that Huawei has come up with a prototype smartphone battery that can be recharged to half its capacity in only a span of five minutes. The Chinese mobile giant based the development of its new battery based on the same lithium ion chemistry being utilized in most smartphone batteries nowadays. However, Huawei exploited the way atoms of graphite bonded to the anode, producing a battery with super fast charging capabilities. What makes the China based phone maker’s prototype so interesting is that apart from exhibiting quick recharging qualities, the battery is not doing it at the expense of usage life, nor does it sacrifice the quantity of power that can be stored in each battery.

Much of the credit of the development of the new prototype smartphone battery goes to the Watt Lab, a research and development subsidiary of Huawei’s. The third biggest smartphone vendor in the world has since posted videos online highlighting a couple of versions of the prototype. One of them features a capacity of 3,000 milli ampere hours (mAh). For those who don't know their smartphone capacities, 3,000 mAh is about at par with most handsets available in the market today. This version can be charged to 40 percent of capacity in only five minutes. As for the second version, it may only boast a much smaller capacity at just 600 mAh, but in only a couple of minutes, this battery can re charged to an impressive 68 percent of capacity. According to Huawei, both versions of the prototype have undergone tests repeatedly, and the fast charging capability is not a one time deal.

As shown on the videos Huawei posted online, a battery is removed from a smartphone manufactured by the company, and then recharged in a prototype charging unit. Some may notice that the device appears to be bulky in size -- being still in the prototype stage, its size has not been reduced yet to one that could easily fit inside the dimensions of a smartphone. Officially, Huawei has not made any announcement yet or any hint just when its fast charging battery will make its way to end users.

Huawei’s announcement is one of various developments during the last year in the area of battery life or battery charging innovation. For all the advances smartphones and tablets have accomplished in the last decade or so, so little of it is related to making battery performance improve immensely. This has led some tech experts and casual consumers alike to lament the fact that while people now are as mobile as ever, they are hindered from reaching new heights because development in battery technology has been slow in keeping up.