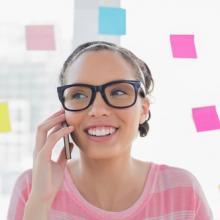 It appears that T-Mobile wants its mobile users to further boost their cellular coverage, especially in indoor settings such as at home or in the office. The third biggest wireless carrier in the United States announced just recently that it will soon be offering the T-Mobile 4G LTE CellSpot, a low power wireless radio device that is capable of supplying 3G and 4G cellular coverage in indoor locations. T-Mobile is offering its 4G LTE CellSpot to subscribers of the wireless carrier’s Simple Choice plans. What is great about this offer is that customers can avail of the mini cell tower at no additional cost, plus a refundable $25 deposit for as long as they remain signed up to T-Mobile.

Sometimes referred to as a femtocell, low power wireless radios can serve as mini cell phone towers, especially inside houses or office environments. Basically, it functions by directly connecting a wireless call to a mobile user’s home broadband connection. T-Mobile is far from being the only wireless carrier making use of femtocell technology. As a matter of fact, other rival networks such as AT&T and Sprint have offered similar coverage enhancing cellular routers. However, the main difference is that AT&T and Sprint have their respective subscribers pay for the devices, whereas T-Mobile offers its 4G LTE CellSpot at no extra charge.

With the T-Mobile 4G LTE CellSpot, the wireless carrier is saying that it can provide solid 4G LTE coverage for an area spanning some 3,000 square feet. In the past few years, T-Mobile has made significant steps in improving its existing network coverage. But as compared to industry leaders Verizon Wireless and AT&T, T-Mobile is still lagging behind, most especially in locations outside major metropolitan areas across the United States, and even in the interiors of buildings and large structures. Until T-Mobile can address this limitation, it will never quite reach the heights of Verizon and AT&T in the eyes of most consumers.

T-Mobile’s 4G LTE CellSpot should help take care of that. With the help of new low band wireless spectrum that is capable of reaching farther distances and going through walls and other structures, the wireless carrier has been able to enhance its current 4G LTE coverage, expanding it to over 300 million mobile users across the US. T-Mobile used to only provide strong coverage in urban areas and major US metros, but now, it has improved its network presence in rural regions and suburban locales. And as for those T-Mobile subscribers complaining not having good enough cellular reception at home or in the office, the 4G LTE CellSpot helps alleviate those, too. For more information on other T-Mobile devices, you can browse phones and plans from T-Mobile at Wirefly now.