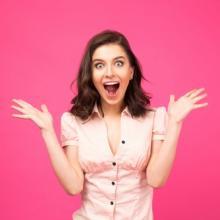 T-Mobile’s most recent Uncarrier event held in Los Angeles, California definitely had some welcome surprises -- apart from doubling the data of its Simple Choice plans, the wireless carrier also launched Family Match, a deal wherein subscribers can avail of an additional 4 gigabytes of 4G LTE data (on top of the included 2 gigabytes), as well as mobile hotspot data, for only $10 extra every month per line of service, up to a total of 10 gigabytes per line.

But the biggest announcement from T-Mobile is Binge On, a new service that basically allows mobile users to stream video content without needing to use their data allotment. T-Mobile’s Binge On is expected to support 24 video services when it gets launched, including familiar names such as HBO GO, HBO Now, Netflix, and WatchESPN.

Interestingly, Binge On even includes support for Go90, the mobile video service that Verizon Wireless launched over a month ago, and DirecTV, the satellite TV service that AT&T acquired back in July earlier this year. T-Mobile is promising that there will be more services included in the next weeks or months, possibly including YouTube.

T-Mobile’s Binge On will be streaming videos at 480 p+ quality (DVD quality), and the wireless carrier stated that it is using proprietary technology in optimizing streamed video content for mobile device display screens, which means that mobile users can view up to thrice as more video on services that are not yet supported on Binge On. As for those who want to view content sans the optimization technology, they can just turn the feature off.

But wait -- who exactly are qualified to for Binge On. T-Mobile’s newest offer is made available to all subscribers under data plans of at least 3 gigabytes. Beginning November 15th this year, Binge On will be available to Simple Choice Amped plan subscribers. Plus, T-Mobile has revealed that it is joining forces with Sling TV in giving Simple Choice subscribers 30 percent discounts on their one year subscription to Sling’s Best of Live TV service, which typically is priced at $20 a month, and already features channels such as ESPN, ESPN2, AMC, Food Network, A&E, TNT, History Channel, Travel Channel, and Cartoon Network, among many others. As for subscribers of unlimited data plans, the wireless carrier is collaborating with VUDU in giving free movie rental every month all throughout 2016.

For more T-Mobile deals, you can browse plans and phones from T-Mobile at Wirefly.