iOS 9 Now On 66 Percent Of All iOS Devices 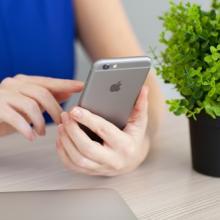 According to the App Store Distribution web page, iOS 9, the latest version of Apple’s mobile operating system, is now on 66 percent of all iPhone, iPad, and iPod Touch devices in the world, as of November 2nd of this year. 66 percent is certainly welcome news for Apple, and represents an improvement over the 61 percent that iOS 9 managed as of October 19th of this year. Apple’s mobile OS had shown a slightly slow adoption rate last month, but it appears now that iOS 9 is gaining some momentum.

Adoption rate is a metric used to determine how well received a particular version of iOS is, in terms of how many people are upgrading to the latest version, as well as how many customers are purchasing a new Apple device that is pre-installed with that newest version. Just like Google does with its Android mobile operating system, Apple often releases new versions of its iOS platform, each coming with new features as well as fixes for bugs and issues existing in predecessor versions.

The aforementioned slowdown in adoption happened soon after the rollout of iOS 9.1, which notably came with new emoji, such as a unicorn, a hotdog, champagne, and even a taco. Apart from new fun emoji, the release of iOS 9.1 also brought fixes to issues concerning the Live Photos feature. Apparently, the camera ceases to record if it detects that the iPhone device has been lowered -- the deployment iOS 9.1 has brought a patch for that, as well as fixes for bugs in features like CarPlay, Game Center, the app switcher, mobile app updates, email, and the calendar.

When iOS 9 was first launched back in September 16th earlier this year, it managed to arrive on over half of all iOS devices in just a span of four days. This led Apple to recognize the feat as the fastest ever adoption rate by any version of the iOS mobile operating system. However, the adoption rate cooled down in the subsequent weeks as the iPhone maker had to deal with nagging bugs and issues. To fix these, the company quickly deployed iOS 9.0.1 on September 24th, and then iOS 9.0.2 just six days after.

As often is the case in the rollout of new iOS versions, mobile users typically try to be smart by waiting for the second major update (like iOS 9.1) to be deployed, rather than updating to a minor update (such as iOS 9.0.2). This is because the major update may turn out to be more polished, and if one is updating to the best possible version eventually anyway, you might as well wait for iOS 9.1, instead of going through iOS 9.0.1 and iOS 9.0.2.