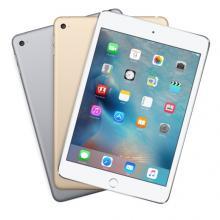 DisplayMate is a company that tests all types of display screens, from mobile devices like smartphones and tablets to big screen television sets. This time around, the firm decided to put the display screens of Apple’s two newest iPad devices (the iPad Mini 4 and its giant sibling the iPad Pro), as well as last year’s iPad Air 2 to the test, and the results may be surprising to some.

Based on its latest laboratory tests, DisplayMate found that all three iPad devices scored high marks for their display screens. As many may have expected, the two latest iPad models outshone 2014’s iPad Air 2, but interestingly, the iPad Mini 4 had the best score among the three, even better than the highly touted iPad Pro.

Apple officially launched the iPad Pro in the United States mobile market just about a week ago last November 11th. The iPhone maker wasted no effort in highlighting the quality of the iPad Pro’s display screen, and considering that the mobile device was being offered at a rather mighty price of $799, it was natural for many consumers to assume that the tablet would have better specifications than its smaller sibling, the $399 iPad Mini 4, which was unveiled on the same day the iPad Pro was announced, although the iPad Mini 4 had an earlier launch date (September 9th, on the same date it was introduced by Apple).

The iPad Pro does have an edge over the iPad Mini 4 in just about everything, except in the area of display screen quality, at least according to DisplayMate’s tests. The results of the testing show that the iPad Mini 4 was first in every category save for contrast ratio, where the tablet still managed a pretty impressive “Very Good” rating. Compared with other tablets, the iPad Mini 4 set new records in terms of color accuracy, contrast rating in high ambient light, and lowest screen reflectance. And despite its small size, the iPad Mini 4 is found by DisplayMate to have the most accurate LCD display of any tablet that the company has ever tested.

The iPad Mini 4 may have outscored the iPad Pro, but it does not mean that the bigger tablet had poor results. On the contrary, the 12.9 inch tablet earned scores of “Very Good” to “Excellent” in just about all categories. Also, it either came in or tied for second place in all tests, and comfortably took first place in true contrast ratio. Moreover, the iPad Pro was easily the most power efficient among the new iPads. There were a couple of categories, however, wherein the iPad Pro could have fared better. These categories are intensity scale (which controls the contrast of pictures and the red, green and blue primary colors to render full color images on screen) and absolute color accuracy.

Want to explore other Apple tablets? You can browse more devices from Apple at Wirefly now.