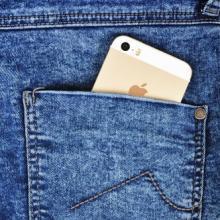 Phablets, or smartphones with large display screens, are all the rage during the past few months, with Apple launching its two newest iPhone models (the iPhone 6s and the iPhone 6s Plus) which clearly belong to this category. But there may be Apple fans who prefer having an iPhone that is a bit more “handy” than the latest versions. Well, some time next year, they could see their wish come true.

As reported by AppleInsider, Ming-Chi Kuo, the noted Apple analyst from KGI Securities, predicted during a recent note to investors that an iPhone with a 4 inch display screen could be launching in 2016. Kuo further expects this new and smaller iPhone version to have a similar functionality to the iPhone 5s, to date the latest iPhone device with a 4 inch display screen that Apple has introduced to the market.

Releasing a smaller iPhone would seem like going against the flow, especially when one considers how popular phablets have become in the last year. But it may be a sound decision too, especially in providing another option for customers who may want to choose a more manageable display screen size for their preferences, at the expense of course of screen real estate.

But apparently, some industry watchers, most especially Kuo, believe that there is still a market for smaller iPhones. Kuo added that he expects mass production to intensify in the first six months of next year. That suggests that the new smaller iPhone could launch alongside Apple’s latest generation iPhone devices, which is usually around September.

As explained by Kuo, a smaller iPhone would also serve as sort of a budget iPhone option. And unlike the iPhone 5c which features a plastic casing, the new 4 inch iPhone will have one that is made of metal. Kuo also predicts that the new iPhone offering will be equipped with an A9 processor (also found on the iPhone 6s and the iPhone 6s Plus), which a year from now might be a bit old. What about 3D touch tech? Will it feature in the smaller iPhone, too? Not likely, Kuo states.