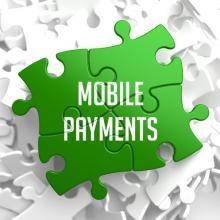 Want to know what are the latest developments regarding three of the most high profile mobile payment systems in the world right now? Here is the rundown.

Just this week, Apple has decided to update its official Apple Pay web page listing the participating banks and store cards that support its mobile payment system. The update sees the iPhone maker add 66 new banking institutions, credit unions, and other financing corporations based in the United States. Any credit card that is being offered by these additional 66 entities can now be used in facilitating mobile payments via Apple Pay, either via an iPhone 6 (or newer iPhone model) or an Apple Watch.

Rolled out in October last year, Apple Pay has a bit of a head start over Samsung’s own mobile payment system called Samsung Pay, which launched in the US in September earlier this year. That does not mean though that Apple’s South Korean rival will just idly by. As a matter of fact, Samsung has an announcement of its own concerning its mobile payment system.

Of course, Google also wants to join in on the fun. The tech giant just recently revealed that Android Pay, its own answer to Apple Pay and Samsung Pay, is now made available to use within mobile apps. As explained by Google, Android Pay will initially be offered as an alternative option for checking out and paying for items or services purchased in several mobile apps in the US, including mobile shopping apps such as Jet, Spring, and Wish, plus apps for on demand services such as Lyft, Instacart, and Doordash, as well as familiar names like Hotel Tonight and OpenTable, just to name a few.

Google is quick to add that this is only for starters right now. The company said that soon there will be several more new mobile apps that will have support for Android Pay. To further sweeten the deal, Google is inviting mobile users to try Android Pay and enjoy discounts in certain mobile apps. For instance, mobile users who use Android Pay in OpenTable get a $20 discount; $10 on Lyft (first ride only), $10 on DoorDash, and 30 percent off on Vinted.