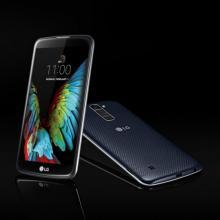 In light of the slowing down of sales of smartphones around the world during the last several quarters, various phone makers have taken to launching new handsets that come with cheaper prices but actually are feature heavy enough to compete with some if not most of the current flagship devices out in the market today. A perfect example of this is Motorola’s Moto G (3rd generation) device -- its price may be below two hundred bucks, but if one looks closely, the handset actually comes with nifty features and functionalities.

Joining the club is LG, which recently announced its new K series of smartphones during this year’s recent Consumer Electronics Show (CES 2016) held in the city of Las Vegas in Nevada. The K series is being offered in two models -- the bigger LG K10 and the smaller LG K7. Depending on which market, both devices may come with varying specifications.

The LG K10 is equipped with a 5.3 inch HD display screen, most likely featuring a resolution of 720 pixels. This particular model comes in three different LTE variants -- 1.2 GigaHertz with a four core chip set, 1.3 GigaHertz similarly with a four core processor, and 1.14 GigaHertz with an eight core chip set. These are supported with 1 gigabyte, 1.5 gigabytes, or 2 gigabytes of random access memory (RAM), respectively. Onboard memory is either 8 gigabytes or 16 gigabytes.

As for the LG K7 device, it comes with a 5 inch display screen with a resolution of 854 by 480 pixels. Inside, the device is fitted with a 1.3 GigaHertz four core processor, boosted with 1 gigabyte or 1.5 gigabytes of RAM, plus 8 gigabytes or 16 gigabytes of internal storage.

There is no official word yet on just how much these new smartphone offerings are priced, but based on what the South Korean mobile giant has hinted that its new devices appear more pricey and exclusive than they are, we can safely assume the new smartphones would be of the inexpensive kind.

As far as design and aesthetics go, LG’s new K series of smartphones do offer some interesting stuff. The phone maker has always been one to beautify its products, and with its newest offerings, customers can an elegant patterned rear cover and a sleek 2.5 D Arc Glass (read: seamless and ultra smooth glass design) on the front portion.

With regards to features, LG is packing its latest K series of devices with a handful, including boosting the quality of the camera. The company has even stated it is trying to replicate the quality of the LG G4’s and the LG V10’s camera for the new K smartphones. Thus, the latest devices sport a 13 megapixel main camera on the rear side and an 8 megapixel selfie shooter on the front side. Speaking of selfies, the new devices come with a gesture mode, which basically allows users to take selfies just by raising their hand and then making a fist (doing this gesture twice makes the camera shoot four consecutive pictures).

Throughout this week, LG has promised to reveal further details about these new smartphones. Want to explore other LG devices? You can browse more phones and plans from LG at Wirefly now.