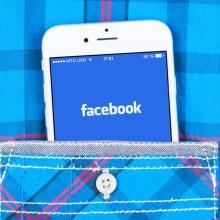 Less than three months ago, Apple introduced its Live Photos feature on its newest iPhone models, the iPhone 6s and the iPhone 6s Plus. Since then, a growing number of third party entities are starting to explore new ways in which the Live Photos feature be supported on their respective platforms or mobile apps. In the world of social media, the first one to have support for Live Photos was Tumblr, which started having the integration more than week ago.

This time around, the biggest player in social media is joining in on the fun. Facebook is now officially beginning its roll out of the Live Photo compatibility by way of a software update to its iOS mobile app. This means that iOS mobile users will essentially be able to upload and view Live Photos from within their iPhone Facebook mobile app anytime, anywhere.

There is one caveat though. Because of the fact that the Live Photo features is still pretty new, Facebook has decided not to deploy the support to everybody for now. Sure, some mobile users will already be starting to to see Live Photos appearing in their feeds by now, but certain users may not be able to use the feature yet on Facebook until the beginning of 2016.

For those not familiar with the Live Photo feature, using it is pretty straightforward. One can just upload a Live Photo just like how one does with a standard image. The only difference is that when one uploads a picture from the camera roll that has been integrated with the Live Photos feature, a LIVE box appears on the bottom right section. Tapping that box will see the uploaded image transformed into a Live Photo. If the box is not tapped, the picture is rendered as a standard non-animated image file.

It must be noted however that users will have to manually tap the box with every Live Photo, because once the feature is activated on an iPhone device, Live Photos are uploaded from here on automatically. This is cool and all, but there is a danger of inadvertently creating a Live Photo of something that might be embarrassing or downright inappropriate.

As soon as Live Photos are uploaded in the feed, the image will appear as non-moving stills by default, like any normal image would. In each picture, however, a group of concentric circles will appear on the bottom right section. If the user presses on those circles, the Live Photo will start to become animated. If the user stops pressing, the image will revert back to its non-animated state.