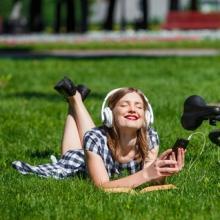 This should come as welcome news for subscribers of MetroPCS, a prepaid subsidiary of T-Mobile. The prepaid wireless service provider will basically be allowing its customers to enjoy as much music streaming as they like without ever having to worry about it affecting the data allotment of their plan.

And that is only part of it. MetroPCS has just recently announced three new features that should help keep its subscribers from consuming up their data faster. One feature gives customers the ability to stream musical tracks without making use of any high speed data. The second feature can optimize video streaming, essentially allowing customers to enjoy more videos and still stay within the limits of their data allotment. Last but not the least, the third feature brings more high speed data to specific plans from MetroPCS, and increases the amount of data the wireless carrier’s subscribers can make use of through mobile hotspots.

Despite what many people may think, wireless carriers of today are really just keeping up with the smartphone habits of the world’s mobile user population. The fact of the matter is, people today are watching more videos and listening to more music over the Internet using their mobile devices such as smartphones and tablets. The success of services delivered via the web by providers such as YouTube, Spotify, and Netflix, just to name a few, is certainly evidence of that trend.

But watching video content and enjoying music streaming services come with a caveat -- it often leads to subscribers consuming data faster than the allotments of their smartphone plans allow. The direct result is that customers often have to deal with expensive bills on a monthly basis (that is, if they are not careful). Sure, prepaid plans, like those offered by MetroPCS, give people more flexibility in managing their data usages each month, but subscribers, especially those who like to watch videos and listen to music, often hope for better deals out there.

Enter MetroPCS’ new features. With the use of Music Unlimited (a feature akin to Music Freedom from T-Mobile), customers with at least 3 gigabytes of 4G LTE data on their plans can enjoy listening to any of 33 music streaming services without affecting their high speed data allowances. The Music Unlimited feature supports Apple Music, Spotify, Pandora, and iHeartRadio, plus other smaller services (and future additions soon).

As for the Data Maximizer feature, it may remind people of T-Mobile’s recently launched Binge On service. This feature optimizes videos that MetroPCS customers stream to their mobile devices, with the goal of reducing the data usage whilst retaining the video quality. For subscribers who want to watch unoptimized videos, they can just deactivate Data Maximizer.

The third feature sees MetroPCS putting 1 gigabyte of high speed data on its $40 and $50 plans. Furthermore, the prepaid wireless service provider is also boosting the amount of data available for its mobile hotspot from 6 gigabytes to 8 gigabytes.

To browse other MetroPCS deals, you can explore plans and phones from MetroPCS at Wirefly now.