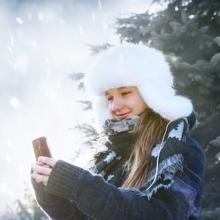 Customers of MetroPCS, a prepaid subsidiary of major US wireless carrier T-Mobile, can already make use of their mobile devices just like home when visiting the country of Mexico. But just this week, the mobile services provider has decided to extend its service to the nation north of the United States border via its latest North America Unlimited add-on.

The new feature now allows customers of MetroPCS to enjoy unlimited voice calls to mobile phone number and landline phone numbers in Mexico and in Canada from the US, as well as unlimited text messaging between all three nations (plus many, many more). Mobile users also get to have unlimited mobile and landline phone calls between the US, Mexico, and Canada when going to the US’ two neighboring countries, without having to worry about any roaming charges or any additional fees.

Apart from enjoying unlimited voice calls and text messaging from Mexico and Canada, customers of MetroPCs will also be able to take advantage of their domestic plan’s 4G LTE data allotment in both Mexico and Canada. It should be noted that the data used will be taken off the MetroPCS just like the usual, which means that customers will definitely enjoy some savings on sometimes exorbitant international roaming charges, often a source of frustration and disgruntlement for many a travel happy mobile user.

MetroPCS is making its North America Unlimited service available as an add-on feature that costs $5 a month, especially for any of the wireless carrier’s %40 a month plans or higher. As for those already subscribed to Mexico Unlimited add-on, which also costs $5 a month, they will be automatically funneled to the new North American Unlimited offer, and will enjoy access to unlimited voice calls and text messaging, plus use of 4G LTE data, when traveling to Canada.

MetroPCS’ North America Unlimited feature may remind some mobile users of T-Mobile’s own Mobile Without Borders service, which was incorporated (absolutely free of charge) to all of the wireless carrier’s Simple Choice plans back in July earlier this year. The main difference is that T-Mobile provides its subscribers with unlimited use of 2G data, unlimited text messaging, and inexpensive voice call rates in 145 countries by way of its Simple Global Uncarrier deal. Also, T-Mobile also took the opportunity to add versions of its in-demand video and music streaming services to MetroPCS, basically allowing customers of the latter to get access to unlimited music streaming from more than 30 digital music services, and optimized video through the Data Maximizer service.