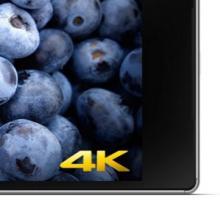 Everybody wants to enjoy the super crisp renderings of Ultra HD 4K videos, but they do often are expensive and require a considerable amount of battery power. We know that that 4K screens will eventually become cheaper down the road, but what of 4K energy efficiency? Fortunately, Fujitsu and Kogakuin University are teaming up to come up with a solution for exactly that.

The electronics giant and the Japanese university are collaborating to develop a type of software that can scale up video playback on smartphone devices to a resolution of 3,840 by 2,160 pixels, or most commonly known to today’s mobile users as 4K. The new piece of technology has the ability to display Ultra HRD at a highly consistent 30 frames per second (fps) without having to increase battery power consumption on handsets. As made clear by Kogakuin University, it is quite possible to boost the video frame rate to a more fluid 60 fps.

To date, the Xperia Z5 Premium from Sony may be the only smartphone available in the market that features a 4K display screen, although one can bet that this will change as Ultra HD display screens become cheaper in the long run. Much harder to deal with is the fact that Ultra HD requires so much of the smartphone battery’s power. For Sony’s Xperia Z5 Premium handset, it only outputs in 4K during media playback, not during any other use. But the new software developed by Fujitsu and Kogakuin University could change all that.

About three years ago, Kogakuin University started researching the processing method, and it has since been implemented in Keisoku Giken’s FE super resolution units, which have the ability to convert video content taken using pro grade cameras into 4K videos. Fujitsu then took the technology and improved on it, allowing it to be used with mobile software without having to add extra hardware components.

4K technology is still considered a new piece of technology, mainly being used in limited devices and gadgets -- of which smartphones are one, high resolutions television sets are another. But it could be used in other applications as well, especially in the areas of surveillance and medical imagery. The potential is there, and as a matter of fact, several international corporations have already approached Kogakuin University. However, due to intellectual property concerns, the tech is only being applied within the land of the rising sun.