OnePlus X To Be Sold Via Taxi Cab App 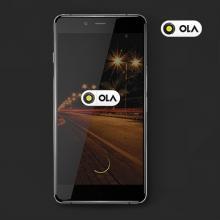 OnePlus has never been one to follow convention, and the Chinese phone maker once again shows its penchant for unorthodox methods by partnering with a taxi hailing service based in India in order to sell its OnePlus X smartphone. The taxi hailing service is Ola, which kind of an Uber equivalent operating in the second most populous nation in the world.

How does this arrangement work exactly? As revealed and explained by Ola, those who are interested in buying the OnePlus X handset can just launch their Ola mobile app and request the device, similar to how they would book a taxi cab. The cool thing about all of this is that Ola is promising to deliver the brand new OnePlus X smartphone to the purchasing customers in 15 minutes by way of an Ola taxi, of course. But it should be noted that Ola’s special offer is only made available in select Indian metros such as Delhi, Mumbai, Pune, Bangalore, Hyderabad, Kolkata, and Ahmedabad.

OnePlus (a subsidiary of China based mobile manufacturer Oppo) normally requires its customers to have invitations in order to purchase any of its smartphone offerings (three OnePlus device models have been released in the market so far). Because of this, there is an inherent limitation to the availability of OnePlus handsets. But the company does not seem to find. As a matter of fact, OnePlus appears to welcome the mystique and curiosity generated in offering a smartphone that can only be bought by a certain number of people.

As far as the quality of its products is concerned, OnePlus is pretty confident in delivering the goods. When the company first introduced its OnePlus One smartphone, critics and consumers (those few who got hold of the device anyway) were impressed with the handset’s decent specifications, simple but sleek design, and affordable price. The second offering, the OnePlus 2, brought some improvements, while the OnePlus X promises to continue delivering some nifty features while maintaining affordability.

OnePlus has since made its OnePlus 2 device available sans invitations, but for the latest OnePlus X, buyers still need to get an invite in order to purchase it. The OnePlus X is being offered starting at $249 in the United States market. Announced for the first time back in October earlier this year, the OnePlus X is a more compact version compared to the OnePlus 2, and a more affordable one too (the OnePlus 2 fetches for $330).