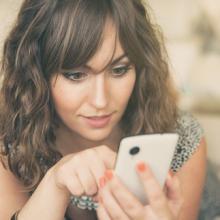 Is Apple working on launching a new mobile app that would help iOS users get their iPhones, iPads, and other Apple devices repaired faster with less hassle? It appears so, as reported by uSwitch Tech. An insider with knowledge of activities at the iPhone maker’s Infinite Loop Headquarters has apparently revealed to uSwitch Tech that such a mobile app is indeed in development, and is designed to ask iOS users basic questions about the device in need of repair for quick troubleshooting purposes, as well as allow iOS users to book a service, send their handset in for service, or contact Apple directly.

For those not in the know, Apple’s current Apple Store mobile app actually has a section for repairs. However, the leaked new repairs app is miles ahead in terms of repair related features. Whereas the existing repairs section in the Apple Store mobile app only facilitates booking repair appointments with your nearest Genius technician, the new leaked app is capable of so much more.

As shown in the leaked photos, there appears to be an option for directly chatting live online with support staff from Apple. Plus, there is an option for chatting with support team workers from the mobile user’s network. As suggested by uSwitch Tech, part of the design of the leaked mobile app is to help carry the workload burden of Genius technicians in physical Apple Stores.

As for those who think they may be able (or willing) to troubleshoot iPhone problems on their own, the leaked app also comes with Apple’s official guides to fixing common issues. There is even some easy to follow how-to guides included in the mix. As long as iOS users are brave enough to try to tackle some minor concerns without having to contact support staff from Apple, they can do so directly through the leaked app.

What is not clear at this point is whether the leaked app will be launched by Apple as a standalone mobile app for repairs, or whether it will be integrated into the current Apple Store app. Both have their pros and cons -- being released as a standalone would put a needed focus on addressing repair related issues for iOS users, while incorporating it into the existing Apple Store app would vastly improve something that is already accessible to customers.

This year, Apple has been making an effort to improve repair services to its customers. Few may remember that back in February early this year, Apple announced its plans to deploy “Concierge,”, which is designed for customers who go into Apple stores with various device issues and concerns. The service was supposed to make it easier owners of iOS devices to sign up with Genius Bar, the service area present in Apple Stores.