Powermat Told By Court To Settle Legal Dispute Out Of Court 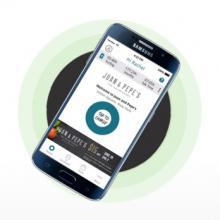 So now we go to chapter two of Powermat Technologies’ ongoing legal drama. A judge from the Israeli court has decided to dismiss the motion that was filed by three of the wireless charging company’s board members, including Ran Poliakine, co-founder and former chief executive officer of the firm. The aim of that motion was to block Powermat Technologies from continuing its operations, but evidently, the court thinks the case does not hold any water at all, and instead has told the disputing parties to settle it out of court.

According to a spokesperson for the board members who filed the legal complaint, the judge’s decision actually provided some encouragement, albeit one of a different kind. Via a statement, the spokesperson said that the three board members were still happy with the ruling, which showed that Powermat Technologies was indeed having some management issues. With the court’s help, the board members hope that the company would get on track to a full recovery. However, a statement from Powermat Technologies noted that the Israeli court ruling made no mention at all about how the company should be managed moving forward.

Either way, a resolution to this matter is imperative, so that Powermat Technologies can get back to what it should be doing in the first place -- trying to get more wireless charging capabilities to more mobile devices today and in the future. It is no secret that mobile users everywhere have been clamoring for longer lasting batteries, or a way in which smartphones and tablets can be charged faster and more efficiently. Wireless charging had the potential to address exactly that. But apart from being adopted by a very limited number of devices (like certain premium range Samsung handsets; Apple is not into wireless charging yet) and business establishments (Starbucks locations come to mind), there is so little progress in making wireless charging technology more available to the masses.

Technology adoption problems notwithstanding, the ongoing legal battle was an added headache that was totally unnecessary and really could have been avoided in the first place. Still, Powermat Technologies is confident that it could rise above this current mess, and move on to more important things.