Samsung Galaxy S7 May Be Priced Less Than Galaxy S6 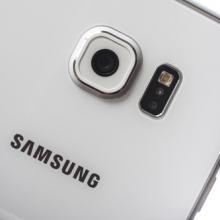 The Galaxy S7, the next upcoming flagship device from Samsung, may cost less than the current Galaxy S6 handset. At least this is what Pan Jiutang, an analyst based in China, is predicting, according to a report by the Times of India. Pan believes that the price of the Galaxy S7 smartphone could be about 10 percent lower than the price of the latest model of Samsung’s Galaxy S lineup of devices.

Perhaps this news is not too surprising, especially for those who follow the South Korean mobile giant’s actions regularly. After all, back in July earlier this year, it was reported that Samsung was planning to cut the prices of its Galaxy S6 and Galaxy S6 Edge devices in order to achieve the desired volume of smartphone shipments around the world.

The move does make some sense -- lowering the prices of its flagship devices would no doubt encourage more mobile users to purchase Samsung’s devices, considering its most well known smartphone offering is now made more affordable. Moreover, it would help Samsung climb out of its recent sales slump -- for several quarters, the South Korean phone maker has been dealing with weakening profits and decreasing market share as it continues to compete with fierce rival Apple and at the same time, keep Chinese mobile upstarts such as Huawei and Xiaomi from eating away at its dominance (despite Samsung’s sales woes, it remains the number one vendor of smartphones in the world).

If Pan is right on the money, it would surely mean that Samsung’s next flagship device will be introduced to the market with a price that is lower than rival handset offerings from Apple and other Android mobile manufacturers. More than that, a lower price tag would give the South Korean phone maker an added advantage in emerging markets, such as in India, where mobile users would always prefer buying the handset with the lesser price.

For the third quarter of this year, Samsung’s latest sales numbers appear to indicate that its sales woes just might be over. The company claims it enjoyed a significant rise in smartphone shipments, particularly for models such as the Galaxy Note 5, the Galaxy S6 Edge+, as well as midrange offerings like the Galaxy A and the Galaxy J lineup of smartphones.

However, there may be those that will question the move. Lowering prices may boost the number of smartphone shipments, but will it do the same for profits? Samsung knows that the strategy could backfire, and it is imperative that it sell enough volume of its devices in order to make up for the shrunken difference between the cost of manufacturing smartphones and the price they are sold. Maybe this is why the company is so intent in moving up the unveiling date of the Galaxy S7 to January next year, instead of the usual March (typically during the Mobile World Congress).