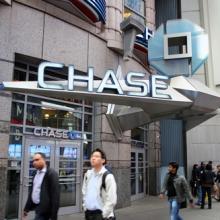 Samsung has just revealed that Samsung Pay, the mobile payment system it developed and then launched back in September of this year, will now have support for debit and credit cards from Chase Bank. This should be welcome news for card holders of Chase Visa, especially now that we are about to enter into the holiday season, wherein more purchases will surely be expected.

These Chase Visa can just pay for items they bought directly from their Galaxy devices, most especially the Galaxy S6, the Galaxy S6 Edge, the Galaxy S6 Edge+, or the Galaxy Note 5, from nearly any store that accepts Visa cards. Specifically, they can just swipe up and then scan their fingerprint to facilitate payment, made possible through the magnetic secure transmission technology employed by Samsung Pay. This piece of technology has the ability to let smartphones and tablets send payment information to the terminals without having to rely on near field communications (NFC) technology. This gives Samsung Pay users an advantage because they can make use of the South Korean tech giant’s contactless mode of payment even in stores that have not yet upgraded their terminals.

To date, Samsung Pay already supports American Express, Master Card, and Visa credit cards. However, one of the most important factors in achieving debit card compatibility is the willingness of a bank to be fully on board. With Chase now joining Samsung Pay’s list of banking partners, which already include Bank of America, Citi, and US Bank, Samsung’s payment system has considerably improved its coverage.

Ever since Samsung launched it last September in the United States, Samsung Pay has made significant progress in gaining partners. In mid October of this year, the South Korean mobile giant had announced that its mobile payment system was now supported on Verizon Wireless, the biggest wireless carrier in the US market. During its September launch, Samsung Pay was able to land three of the big four wireless carriers in America (AT&T, T-Mobile, and Sprint), but not Verizon. But now that Samsung Pay has support from the Big Four, it has now put itself in a good position to increase in popularity. And then near the end of October, Samsung had announced that it will soon support new cards from various banking partners including Chase (made official just now), PNC Bank, TD Bank, SunTrust, Fifth Third Bank, First Hawaiian, Key Bank, Silicon Valley Bank, Security Service Federal Credit Union, Navy Federal Credit Union, Vriginia Credit Union, Associated Bank, Randolph Brooks Federal Credit Union, and People’s United Bank, as well as Discover starting next year.