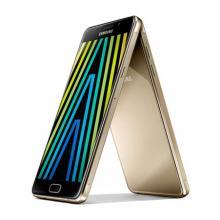 It seems like Samsung is getting busy with three new midrange smartphones. As revealed on Wednesday, the South Korean manufacturer is currently working on 2016 editions of the Galaxy A3, A5, and A7 -- models that come with advanced cameras, different screen sizes, and high resolution displays. In addition to this, a couple of these devices will be equipped with the highly successful Samsung Pay mobile payment system.

In addition to the display and camera improvements, Samsung has also worked on the external appearances of these models by giving it a frame combining glass and metal along with a narrow bezel. These aesthetic changes improves the size of the display without adding to the overall size of the device. Both the A5 and A7 models feature a fingerprint sensor as a way to improve its security as it is compatible with Samsung Pay.

These new devices are an attempt made by Samsung to come up with affordable devices with premium features just like the models manufactured by its two biggest Chinese rivals -- Huawei and Xiaomi. Despite its rank as the top smartphone maker in the world, Samsung is working hard to stay relevant, especially to its budget-conscious market. With both Huawei and Xiaomi looming in on the third and fourth position, Samsung really has to work hard at offering affordable devices that would also interest its Chinese consumers.

There is still no word on how much each of these smartphones will be but considering Samsung has modeled this for the budget friendly market, it is no longer a surprise that they will be offering this at the same price range. There are some rumors, however, that these models will cost as low as $347 (for the A3 model), $421 (for the A5), and even $495 (for the A7). But knowing that this pricing information has not yet been made official, these prices could still change.

According to their announcement, these new Galaxy A smartphone models are set for release in China in the middle part of the month. After this market release, they will be made available to other parts of the world. To explore other Samsung devices already out in the market, you can start comparing phones and plans from Samsung at Wirefly now.