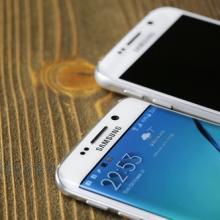 When Apple released its latest iPhone model, the iPhone 6s, the device’s 3D Touch technology was one of the clever new features that was truly innovative. It turns out that Samsung too can play Apple’s game. As reported by the Wall Street Journal, it appears that the South Korean mobile giant is planning to include a pressure sensitive display screen on its upcoming flagship device, the Galaxy S7, which comes out in spring of next year.

Owners of the iPhone 6s may have already experienced first hand the wonders of its 3D Touch tech. But for the benefit of those who have not gotten their hands on the device yet, the 3D Touch feature basically expands the interactive capabilities of the smartphone’s display screen. We are used to simple tap and swipe maneuvers when viewing content on our touch screen mobile devices, but with the 3D Touch tech on the iPhone 6s, users can do various tasks depending on how hard they press on the display screen, opening up new ways in which people can complete actions or even play games on mobile.

Now, the 3D Touch tech did not just materialize out of nowhere. Apple actually had to test it thoroughly, even testing a similar form of the technology (Force Touch) on its first and only wearable device to date, the Apple Watch. By the time it got to the iPhone 6s, the company had more or less ironed out some of the kinks of this fresh new piece of technology.

Of course, Apple’s feature has put the iPhone maker squarely in front of rival Samsung in terms of touch screen technology. But because there is so few adopters yet (and it does not help that the tech is so new that app developers are basically still trying to figure out the various applications of 3D Touch), the gap between iOS and Android touch screens remains manageable.

Evidently, Samsung does not want to wait for that gap widen further. Historically speaking, this is not the first time that Apple and Samsung had to play catch up to each other’s technology. Some may remember that back in 2013, Apple added a fingerprint scanner to its iPhone 5s. Samsung of course followed suit the following spring, incorporating its own fingerprint reader on its flagship offering. For Samsung’s (and Android’s) part, it has been saying for years that Apple consistently clones features from Android and incorporating them to iOS years later.

As for the upcoming Galaxy S7, apart from the pressure sensitive display screen, the device is said to feature an enhanced camera for low light conditions, and a retina scanner. The handset is scheduled for launch in the United States market most likely by the middle of March next year (or possibly in January, and at a lesser price compared to the Galaxy S6) .