Sprint Brings Back Its Cut Your Bill In Half Promo 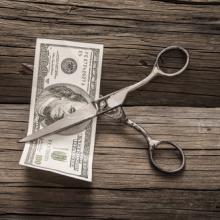 Back in December of last year, Sprint introduced a deal that promised to reduce the bills of subscribers of rivals Verizon Wireless and AT&T in half, that is if these customers decide to switch allegiances to Sprint. This year, it appears that the wireless carrier is relaunching the program, offering a new but similar deal that will match Verizon’s, AT&T’s and even T-Mobile’s existing rate plans, and then giving a 50 percent discount to those who switch from rival networks to Sprint. Over the last few hours, Sprint has even teased the promo by way of a countdown as indicated in its official website.

The wireless industry has gotten pretty competitive as of late, as wireless carriers amp their current efforts in attracting new customers. And because we are approaching Black Friday and the holiday season, things are likely to get even more intense as carriers launch new promos and gimmicks to get soon to be spend-happy consumers purchasing deals left and right.

For Sprint, it is not just about taking advantage of the upcoming holiday spending spree. Rather, it is as much about getting new subscribers while making sure it is keeping its existing ones. Sprint was once the third largest wireless carrier in the United States market, but it has since seen its third spot usurped by T-Mobile. It did not help that Sprint had always a history of subscribers defecting to other rival carriers. This holiday season, it is imperative that Sprint be more aggressive in taking the fight to its competitors.

The main difference between this year’s promo and last year’s is that the old one was only directed at subscribers of industry leaders Verizon Wireless and AT&T. This time around, Sprint has gamely included T-Mobile in the mix, and rightly so -- T-Mobile has always been fond of grabbing away customers from its competitors, and it may be high time Sprint try to give T-Mobile a taste of its own medicine.

Also, this year’s deal from Sprint is more straightforward compared to the previous year’s. And it should be noted that the 50 percent discount is not applied to T-Mobile’s unlimited data plan. But it does apply instead to advertised rates for MetroPCS (which is a subsidiary of T-Mobile) as well as Cricket Wireless (owned by AT&T). Moreover, Sprint is also lengthening the trial period to 4 weeks.

For more information on other Sprint deals, you can start comparing plans and phones from Sprint at Wirefly now.