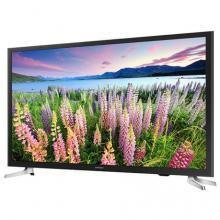 Sprint has announced that it will be giving away 32 inch Samsung TVs to its subscribers who decide to purchase or lease selected Samsung mobile devices during the holiday season. Indeed, any subscriber of Sprint who purchases any of Samsung’s Galaxy S6, Galaxy S6 Edge, Galaxy S6 Edge+, or Galaxy Note 5 from December 18th to December 24th will get to receive a Samsung LED TV absolutely free of charge. This special offer is made available to all new subscribers who opted to switch from a rival network and to all current subscribers who are looking to upgrading or getting an additional line of service.

The last month or so of the year has seen Sprint ramp up its efforts in introducing new promotions and special deals. Some may remember that about a month ago, the wireless carrier had brought back its Cut Your Bill in Half promo, wherein Sprint is promising to slash the bills by 50 percent of subscribers who decide to defect from other major US wireless carriers such as Verizon Wireless, AT&T, and T-Mobile to Sprint. And during the recent Black Friday weekend, Sprint also took the opportunity to give away 24 inch LG TVs.

It is safe to say that the holiday season is fully underway, and naturally, wireless carriers everywhere are now trying to one up each other especially in announcing holiday deals and year ender promos. Perhaps the most visible example is T-Mobile, which through its Unwrapped promotional campaign, has introduced tailor made offers designed to grab away subscribers from its competitors, especially fellow major wireless carriers such as Sprint. As a matter of fact, T-Mobile had offered to give a $200 credit to subscribers of Sprint who are thinking of switching to T-Mobile.

Industry leaders, Verizon Wireless and AT&T, are joining in on the fun, too. The Big Red has decided to start giving away additional monthly data allotments absolutely free of charge to its new and existing subscribers who decide to upgrade or add extra lines of service. As for AT&T, it launched a new promo that offers to give a bonus smartphone for free for customers who purchase new select handsets.

In the wireless industry, one can not just sit idly by while your competitors are targeting your subscribers. It is no surprise then that Sprint is also riding the holiday promo wave. The wireless carrier used to be the third biggest mobile services provider in the United States, but has since seen its number 3 spot usurped by T-Mobile. Obviously, Sprint wants to bounce back, and this holiday season, it is more than ready to put up a fight.

To browse more Sprint deals, you can start exploring plans and phones from Sprint at Wirefly now.