Sprint’s Cheers To You Promo: 5 Days Of Free Gifts To Customers 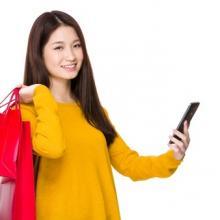 Now that the holiday season is fully underway, it is no surprise that various wireless carriers are introducing specials offers here and there designed to attract new subscribers. Sprint is certainly no exception to this, but this time around, the wireless carrier has decided to to launch a week long holiday deal for its current customers.

This latest promo is called “Cheers To You” and is sort of Sprint’s way of thanking its existing subscribers by way of five straight days of giveaways and bonuses, from now until December 11th of this year. Those who are already signed up under any of Sprint’s mobile plans, they can just head to the official Cheers To You website every day in order to claim their free gifts, which range from music and movies to tech.

For instance, today’s gift is in the form of a whole year of membership under Amazon Prime, offered absolutely free of charge. This gift has since been redeemed by an army of over enthusiastic Sprint subscribers, but for those who missed it, there is no need to fret much -- they can still register for a 10 percent discount off iTunes, as well as $5 off their first booking with Uber. What about the next free gift? On the Cheers To You website, Sprint has conveniently placed a real time counter, which lets people know how long until the next free gift is unveiled.

Apart from the Cheers To You promotion, Sprint also took the opportunity to introduce its new “Holiday Hero” campaign. In this campaign, subscribers are invited to nominate anybody in their life who they feel fits the definition of a hero. Those who participate in this campaign get a chance to receive a free LG G4 handset, plus one whole year of complimentary service from Sprint. Not only do participating subscribers get freebies but also the people they nominate as heroes. Beginning December 8th of this year, subscribers can already starting nominating their personal heroes via the Cheers To You website. Sprint has already prepared a total of 15 LG G4 and plan packs for this campaign.

So far, the holiday season has already seen various major wireless carriers in the United States offer promos and special offers for mobile users. A few days ago, T-Mobile announced its holiday deal, offering discounts on Apple's iPhone 6s device for customers who decided to switch from AT&T to T-Mobile (this is part of the wireless carrier’s Unwrapped campaign). Verizon Wireless also joined in on the fun, offering a couple of bonus gigabytes of data to current customers or to those switching from other wireless carriers who decide to upgrade.

To explore more Sprint deals, you can start comparing plans and phones from Sprint at Wirefly now.