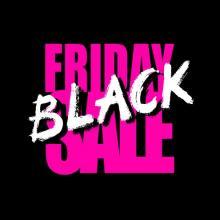 It has only been a couple of weeks since T-Mobile made some potentially industry shaking announcements during its Uncarrier X event held in the city of Los Angeles in early November this year, and it is quite understandably, mobile users might not have recovered yet. But it appears that it is still full steam ahead for the wireless carrier, which is launching yet another promotion for subscribers of its Simple Choice plans.

T-Mobile has decided to demonstrate its generosity by starting the holiday season earlier than expected, presenting gifts to its subscribers in the form of a new special offer launched every week from now until the end of the year. The first one has just been revealed by the third largest wireless carrier in the United States -- giving subscribers of its Simple Choice plans three months of unlimited LTE data from December to March of next year, absolutely free of charge. The data will automatically apply to all qualified personal and business postpaid Simple Choice plans beginning December 1st of this year.

However, it should be noted that the special offer comes with a number of conditions. First of all, even though subscribers get to enjoy unlimited fast data, they will not get to receive other perks found on T-Mobile’s Unlimited LTE plan, such as tethering or free rental of movies. The unlimited LTE data will be activated only after the subscriber has consumed all of his monthly LTE data allotment and any rollover gigabyte of data stored via Data Stash, which means that subscribers may have to sacrifice the data they saved in the course of the three month period. Subscribers will also be required to stay on the same Simple Choice plan, and have T-Mobile’s new Binge On video streaming service activated, so as to keep unlimited LTE data until the cut off date, which in this case is March 1st of next year. The subscriber’s plan will then revert to its usual data inclusions after the cut off, although users can always decide to switch to a more pricey Unlimited plan if they just can not do without the additional LTE data.

In the next upcoming Mondays, T-Mobile is looking to make Unwrapped announcements, and will likely be offering new deals that should target subscribers from rival networks Verizon Wireless, AT&T, and Sprint to switch over to T-Mobile.

T-Mobile also took the opportunity to unveil its Thanksgiving weekend deals for this year, which will start to be made available on November 25th, perfectly timed for the upcoming Black Friday and Cyber Monday frenzy. Subscribers can get the Alcatel OneTouch PIXI 7 tablet device for $0 down and $0 a month (which basically means it is being offered free of charge) on any eligible data plan. This tablet usually goes for $168 upfront, or $7 a month over a couple of years. This offer should give Sprint’s deal a run for its money.

Subscribers can also get the 32 gigabyte edition of Samsung's flagship device, the Galaxy S6, for $0 upfront and $0 a month on an 18 month lease plan. This offer equates to savings of $24.17 a month (for a total of $435), but in order for subscribers to be eligible, they will need to trade in a qualified handset.

Those looking for Cyber Monday deals may be delighted to know that T-Mobile is bringing back its iPhone memory upgrade offer, which allows subscribers to purchase either Apple's iPhone 6s or iPhone 6s Plus, and then receive a complimentary upgrade to the next level of memory storage, all for free. Subscribers will pay the 16 gigabyte price for the 32 gigabyte edition, and the 64 gigabyte price for the 128 gigabyte edition. This deal goes live on November 30th of this year, and is made available only for the iPhone 6s and the iPhone 6s Plus as long there are stocks available.

Lastly, subscribers can reclaim $100 through a prepaid MasterCard when they purchase any smartphone or tablet made by Samsung. This deal can be paired with the $0 Galaxy S6 deal mentioned earlier, which means that subscribers can save $100 off the full price of any qualified tablet and still get to own a brand new flagship device from Samsung for $0 every month.

For more T-Mobile deals, you can compare plans and phones from T-Mobile at Wirefly now.