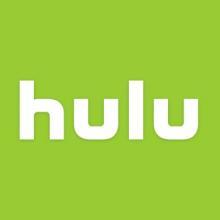 It seems that T-Mobile’s favorite pastime is to try and steal away subscribers from its rivals. This time around, the wireless carrier is going after subscribers of industry leader Verizon Wireless. To lure away customers from the Big Red, T-Mobile is offering one whole year of free content from Hulu to subscribers who decided to switch from Verizon Wireless and then defect to T-Mobile. It should be noted that Hulu is actually included in the list of content providers (there are 24 in total to date) that T-Mobile has compiled for its new Binge On feature. For those who missed this new service, it allows mobile users to view video content from a select group of content providers without affecting their data allowances.

What happens with T-Mobile’s latest deal is that any subscriber from Verizon Wireless who opts to change allegiances to T-Mobile will get a text message containing a $100 subscription gift code. Note that the $100 amount is only a bit more than the usual price of subscribing to Hulu’s Limited Commercials plan for one full year.

Also, T-Mobile has made it clear that there will be no trade-ins of any smartphones involved. The wireless carrier has however clarified that mobile users subscribed to Verizon Wireless who do choose to trade in a handset will qualify for up to $650 to cover early termination fees or the balance still owed on their smartphone.

And that is not all -- defecting customers from Verizon Wireless are also qualified to get a 50 percent discount off T-Mobile’s financed lineup of mobile accessories up to $125. This deal is made available from December 11th until December 17th of this year in all of the retail outlets of the wireless carrier, or by phone.

Of course, T-Mobile is not only attacking Verizon Wireless in the last few months. This past Thanksgiving, the wireless carrier also offered Sprint subscribers a $200 credit if they switch to T-Mobile. And just a week ago, it offered discounts on iPhones to subscribers of AT&T who are willing to defect.

T-Mobile’s latest moves only serves to solidify the notion that come holiday season, wireless carriers in America are willing to try almost anything just to attract new customers. As recently as a week ago, Verizon Wireless started giving away 2 gigabytes of extra data each month for every handset customers add or upgrade between now until January 6th of next year. Then almost a month ago, Sprint had announced a new special offer that promises to cut the bills in half of any subscriber from rival wireless carriers who switches to Sprint.

To browse more T-Mobile deals, you can explore plans and phones from T-Mobile at Wirefly now.