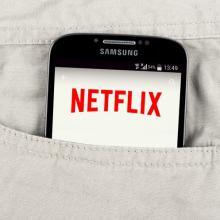 T-Mobile ended its Unwrapped promotional campaign with yet another generous offer, promising a discount in the amount of $100, plus one full year of subscription of Netflix absolutely free of charge, on a select number of Samsung mobile devices. Specifically, the discount applies to devices that include the Samsung Galaxy S6, the Galaxy S6 Edge, the Galaxy S6 Edge+, and the Galaxy Note 5, at the point of sale. The promo period starts this Friday, December 18th until December 23rd of this year for the Samsung phone discounts and until December 31st for the free one year of subscription of Netflix.

The holiday season has seen the third biggest wireless carrier in the United States take an aggressive approach in introducing promo after promo, all designed to keep T-Mobile’s existing subscribers from defecting to other rival networks, at the same time, enticing current customers of other wireless carriers to switch over to T-Mobile. Each Unwrapped special offer was often customized to target a specific wireless carrier competitor. Indeed, T-Mobile has so far gifted three months of unlimited LTE to subscribers of its Simple Choice plans, given one free year of subscription of Hulu to switching customers from Verizon Wireless, provided generous discounts to iPhone devices for defecting subscribers from AT&T, and a $200 credit to Sprint mobile users who decided to jump over to T-Mobile.

Just recently, T-Mobile has also launched an incentive program via its prepaid subsidiary, GoSmart Mobile. Customers under GoSmart Mobile’s $45 a month plan will get to receive an additional 100 megabytes of high speed data for every four renewals, as well as up to 500 megabytes of high speed data after 20 renewals. As for those who do choose to change their plan, they may still get a chance to keep the data they accumulated, and even use it or keep accumulating more data until they decide to switch back to their original $45 plan. If they do, however, opt to cancel their GoSmart service, they will end up losing all the additional megabytes of high speed data. The same goes if they decide to reactivate their service.

As indicated in a report by Tech Times just this week, the devices mentioned in this post are set to get 75 megabytes worth of security updates on their software system. These security updates mostly consist of fixes and protocols that aim to address certain safety vulnerabilities that have been plaguing the South Korean phone maker’s flagship devices and other high profile smartphone releases.

For more information on T-Mobile deals, you can start comparing plans and phones from T-Mobile at Wirefly now.