T-Mobile’s Binge On And Zero-Rated Services From Other Carriers: Are They FCC-Compliant? 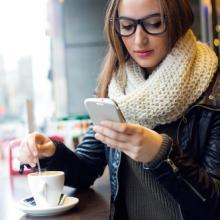 Binge On, the video content viewing feature that T-Mobile announced more than a month ago, as well other zero rate services offered by various wireless carriers, continue to be scrutinized by regulatory and business sectors, according to a new report from the Wall Street Journal. T-Mobile’s new feature and other similar services are said to represent a particular method in which favored web content can be boosted, which is against the net neutrality rules set by the Federal Communications Commission (FCC).

Interestingly, T-Mobile is not the only major wireless carrier in the United States feeling the heat right now. Industry leaders Verizon Wireless and AT&T are also drawing some scrutiny. The Big Red is actually planning to roll out a sponsored data service by early 2016, while AT&T is currently experimenting ways of delivering zero rate data to its subscribers. For those not in the know, sponsored data offerings (also known as toll free data) allow providers of all kinds of web content to take care of the bill for data transmissions whilst letting mobile users enjoy consuming the delivered content basically free of charge.

T-Mobile has said on record that its newly introduced Binge On feature is in compliance with the net neutrality rules due to the fact that the service essentially lets any video content provider to join in, as long as it meets the technical requirements of the wireless carrier. And it should be noted that T-Mobile has decided not to charge the video content providers that participate in the Binge On service.

A scenario in which mobile users get to enjoy free content and service while the wireless carriers get to earn from delivering such offerings seems like a win for any party involved. But some argue that such scenario also has the potential of edging out smaller content providers, especially those that can not afford paying for the high costs of delivering data.

On the side of the FCC, the federal agency has not yet taken clear, explicit action against particular services that do appear to be in violation of the net neutrality rules it has put in place. Instead, the agency has only stated for now that it will look into these types of practices on a case to case basis. Sponsored data services are good and all, but it could also possibly slow down the development of new and innovative content and service that continue to push entertainment on mobile to new frontiers.