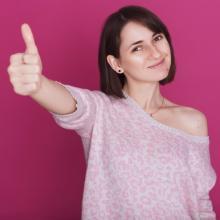 Heading to this year’s holiday season, T-Mobile had already revealed a couple of special offers as part of its Unwrapped promos. These include a $200 bill credit awarded to subscribers switching from rival wireless carrier Sprint, and also unlimited LTE data absolutely free of charge for subscribers of Simple Choice plans. This time around, T-Mobile announced a limited time only gift especially for subscribers of yet another wireless carrier, AT&T, specifically those who are thinking of switching to T-Mobile. Any subscriber switching from AT&T to a Simple Choice plan at T-Mobile can get the 128 gigabyte edition of Apple's iPhone 6s for the price of the 16 gigabyte edition. This deal is made available only until December 13th of this year, or while stocks last.

It is a pretty impressive deal, and should equate to savings of around $200 on the 128 gigabyte edition of the iPhone 6s device, which usually fetches $849.99. Even though switching customers will still pay the full price for the iPhone 6s, the $200 will be returned to them in the form of a bill credit on their account.

Apart from the iPhone 6s deal, T-Mobile has also decided to give defecting subscribers from AT&T 50 percent off certain mobile device accessories bought via the wireless carrier’s two year finance plan. It should be noted though that the accessories purchased must have a minimum value of $69 and a maximum value of $350, which means that those who avail of this offer get to receive up to $125 in discounts. So which mobile device accessories are covered in this offer? They include FitBit fitness trackers, a limited range of smartwatch devices, Bluetooth speakers, and Beats headphones, among many others.

In order to take advantage of T-Mobile’s iPhone 6s deal and mobile device accessories promo, customers are required to port a line of service from an AT&T, GoPhone, or Cricket Wireless account to a new Simple Choice plan. As confirmed by T-Mobile, customers can combine these special offers with its Carrier Freedom deal, which sees new customers receiving up to $650 for each line of service to cover any early termination fees or device payments incurred after deciding to switch to T-Mobile from other rival wireless carriers.

But of course, there is a catch -- to avail of the mobile device accessories offer, customers will have to finance their purchase over a period of 24 months. The 50 percent discount will be applied as a bill credit every month, but if customers elect to cancel their wireless plan at any time within the repayment period, they can expect the full balance of their mobile device accessories to become due at full price, which means that they will lose the remaining half-off discount.