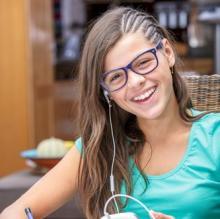 Attention, mobile users who like to make international calls -- here is some additional good news for you. TextNow Wireless, a cloud focused mobile services provider, has just announced that it will be adding new worldwide voice call features, as well as a new way for its customers to earn bill credits.

For those not familiar with TextNow Wireless, it is actually a mobile virtual network operator (MVNO) of Sprint that prioritizes Wi-Fi connections with back up from Sprint’s 3G and 4G networks. This time around, the wireless carrier will be rolling out international calling to over 150 countries around the world over the new few months, including territories such as the United Kingdom, India, and China, just to name a few. Calling rates start as low as $0.04 a minute to Mexico, but those who are looking to make international calls to Canada, they will no doubt be pleased that all calls made to the United States’ northern neighbor are offered absolutely free of charge.

And because TextNow Wireless is committed to making its wireless services as convenient as possible to everyone, customers will now be able to make international calls directly from their own TextNow phone number. And that is not all -- customers will also be granted the ability to check rates in other countries before making an international call. To do this, they only need to enter the phone number they are calling into their handset’s dialer.

Also, it should be noted that international calling features will not be made available to subscribers of TextNow Wireless’ plans only. As a matter of fact, any person who is using TextNow Wireless’ free mobile app will be able to enjoy unlimited free calls to phone numbers in both the US and Canada, both on their smartphone and via their tablet devices and other mobile devices.

Apart from finally adding international call features, TextNow Wireless is also planning to introduce a new credits system that will reward mobile users who complete offers or watch video content from partners and advertisers. The credits earned by customers can be applied to their wireless service in order to free international and domestic calls, or reduce their monthly smartphone bill.

As for the offers, what kind exactly? According to FierceWireless, TextNow Wireless’ offers include a credit in the amount of $1.50 for starting a free Hulu trial, plus credits for installing mobile apps from businesses such as Walmart, and for downloading and completing games. The setup is actually reminiscent of Data Perks, the feature launched by AT&T nearly a month ago. AT&T’s Data Perks provides the wireless carrier’s subscribers with bonus monthly data for watching advertisements or answering polls.

Interested to know more about TextNow deals? You can explore plans and phones from TextNow Wireless at Wirefly now.