Ting, MVNOs Best In Customer Satisfaction; Big 4 Carriers Not So Much, Per Consumer Reports Survey 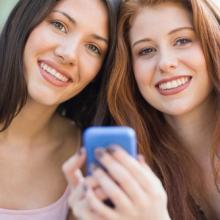 Consumer Cellular, Ting, and Republic Wireless were among the wireless carriers that scored the highest ratings in terms of customer satisfaction, according to the results of the latest survey conducted by Consumer Reports. What about Verizon Wireless, AT&T, T-Mobile, and Sprint, the so-called Big Four wireless carriers in the United States? Consumer Reports rates them near the bottom of the rankings.

In completing its survey, Consumer Reports asked respondents about their thoughts on their respective wireless carrier’s value, quality of voice calls, text messaging services, data speeds, Internet related concerns, and customer service support. Out of the feedback provided by 90,000 subscribers, Consumer Reports was able to collate more than enough data to grade the performance of today’s US based wireless carriers.

Smaller carriers have a big reason for celebrating the survey’s results. A few years ago, most mobile users would prefer availing of mobile network services from familiar names such as Verizon Wireless and AT&T, over MVNOs such as Ting or Republic Wireless. It did not help that because these small carriers were using the network of major wireless carriers, customers were thinking these MVNOs were offering services that were not reliable.

But as indicated by the results of the latest Consumer Reports survey, it seems that these MVNOs are having the last laugh. Andrew Moore-Crispin, the Director of Content at Ting, has posted his thoughts regarding the poll in the wireless carrier’s official blog. He stated that the Consumer Reports survey’s results was an indication that the tide is slowly turning, and that the way things are done before do not necessarily carry over to the future.

Nothing is ever constant in the world of wireless services, and the fact that Ting and other MVNOs are doing well according to the Consumer Reports survey may be proof that mobile users are changing too, or at least getting smarter about their mobile decisions. Contracts, tabs, and phone financing schemes used to be the norm, and major wireless carriers have gained much earnings taking advantage of these business models. But now, customers are beginning to realize that they do not need those things in order to enjoy reliable and cost effective mobile services.

In his blog post, Moore-Crispin also mentioned that MVNOs tend to provide better service as a whole because they have to work harder in getting and keeping customers. Major wireless carriers may spend more in terms of introducing promotions and deals here and there, whereas smaller carriers often have to choose their battles, and they appear to be winning, at least in terms of providing satisfaction to their respective customers. In an age where consumers are increasingly getting hard to please, achieving customer satisfaction goes a long, long way.