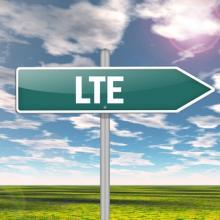 US Cellular has finally decided to launched its countrywide LTE roaming feature, albeit rather quietly. The company first hinted about its LTE roaming service a few months ago, and it is only very recently that the fifth biggest wireless carrier in the United States has gotten round to officially rolling it out to mobile users. However, US Cellular has remained mum regarding the subject of which specific wireless carrier it is joining forces with in launching its LTE roaming feature.

Ken Meyers, the chief executive officer of US Cellular, stated during an earnings call held back in July earlier this year that the company already forged an LTE roaming deal with a yet to be named wireless carrier partner. Meyers had said that subscribers would be given the ability to access LTE while roaming within the next 60 to 90 days. However, US Cellular did not start to make its LTE roaming service commercially available to subscribers until December 1st of this year, as verified by a spokesperson from the company.

With regards to the wireless carrier partner which has remained anonymous for now, the spokesperson also did not reveal any more details about its identity. Some industry watchers, however, believe that the partner is likely a tier-one, which would mean customers of US Cellular, which number around 4.72 million subscribers as of the third quarter of this year, would enjoy access to a much wider and reliable network coverage.

Meyers further revealed that US Cellular has plans of joining in on the 600 MegaHertz incentive auction tentatively set on March of next year. By entering this upcoming auction, the wireless carrier is hoping to acquire additional spectrum in specific markets where it does not already have low band spectrum, as well as in those markets where US Cellular requires extra capacity.

It should be noted that US Cellular is far from being the only wireless carrier based in the US that is beefing up its efforts in the area of LTE roaming. As a matter of fact back in August earlier this year, T-Mobile participated in the Competitive Carriers Association’s LTE data roaming hub. By doing so, the third largest wireless carrier in America is essentially presenting itself as a partner that small and rural network operators can work with, especially with regards to improving their current network coverage. Another major US wireless carrier, Sprint, also stated in March early this year, that about half of its LTE roaming partners in rural areas have introduced LTE service.

To explore more US Cellular services, you can start comparing plans and phones from US Cellular at Wirefly now.