Verizon To Pay Customers $650 If They Decide To Switch 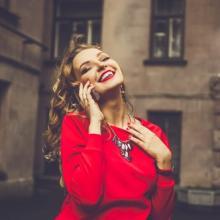 Verizon Wireless is offering a holiday treat for subscribers of other wireless carriers who may be thinking of switching to the Big Red. Indeed, the biggest mobile service provider in the United States will be giving away up to $650 to subscribers of rival carriers such as AT&T, T-Mobile, and Sprint who decide to defect. Plus, Verizon is making this special offer applicable to each line of service converted, which means that a family or group consisting of four members can get to receive up to $2,600. And Verizon’s offer is more than just cash -- the wireless carrier is also giving away a couple of extra gigabytes of data each month, for life, absolutely free of charge, for those who are willing to make the jump to the Big Red.

Well, like any other deal from a major US wireless carrier out there, this latest offer from Verizon Wireless does come with a few caveats. For one, customers who make the switch have to stay with Verizon Wireless for a minimum of six months, and they must trade in their old handset (the phone must be in good, working condition) for a new device. Moreover, customers who defect do receive up to $650 on a prepaid card for the installment plan balance, but minus the trade in value of the handset.

Special offers designed to lure customers away from their current wireless carriers are nothing new. As a matter of fact, AT&T, T-Mobile, and Sprint are as guilty as Verizon Wireless. Back in August earlier this year, AT&T offered $500 to customers of DirecTV who are switching to AT&T. Just this month, T-Mobile promises a year of Hulu Service free of charge to Verizon Wireless customers who are defecting to T-Mobile. As for Sprint, more than a month ago, it launched a promo that would cut the bills of switching customers from rival networks in half.

However, Verizon’s $650 may represent a whole new level. For Verizon’s part, the wireless carrier is banking on the quality of its network and performance to bait switch happy customers -- the cash incentive is just the appetizer. According to the Big Red, 87 percent of T-Mobile subscribers and 86 percent of Sprint subscribers switched back to Verizon Wireless within a period of six months of leaving Verizon because they were not happy with the network quality and performance of either T-Mobile or Sprint.

To explore more Verizon offers, you can start comparing plans and phones from the Big Red at Wirefly now.