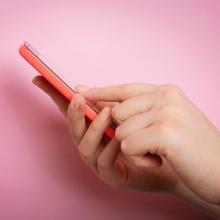 Uh-oh, it’s back. The largest wireless carrier in America will soon be bringing back its activation fee for mobile devices. As reported by Droid Life, Verizon Wireless will indeed be reinstating the $20 charge that will cover for the cost of activating a new handset. Starting on Sunday, the activation fee will apply to customers who decide to sign up for a new smartphone or tablet device line of service, and will affect mobile devices that were bought via a monthly installment plan, or were bought outright. So, for mobile users out there thinking of signing up for a smartphone plan with Verizon Wireless, they may want to do so before this weekend.

Some may remember that back in August earlier this year, the Big Red had eliminated service contracts and phone subsidies from its plans, basically forcing new subscribers to enter into installment plans. The activation fee for mobile devices was waived back then, but with this latest development, it appears that subscribers will see it once again.

In recent months, various wireless carriers in the United States are starting to increase the prices of their mobile services, which is sort of a surprise considering that the competition in the wireless industry has only intensified. For instance, T-Mobile has just hiked up the price of its unlimited data service for new subscribers. And then back in October earlier this year, another major wireless carrier in the US, Sprint, had announced that it was raising its prices for its unlimited data plan.

It should be noted that the $20 that Verizon Wireless has brought back is half the amount of the activation fee for the wireless carrier’s now non-existent two year agreement. By comparison, Verizon’s rival AT&T charges an amount of $15 for mobile devices offered via its installment program, or $45 for a two year agreement or purchased handset.

On top of all these, some may remember that about a couple of months ago, Verizon Wireless had revealed that subscribers under its grandfathered unlimited data plans will see an increase of $20 in their monthly bills. Well, this price hike is to take effect after November 15th of this year, which is only a couple of days from now. When that happens, the monthly cost of unlimited data is raised to $50 a month from the previous $30 a month. Now adding the voice calls and text messaging on top of that, subscribers could expect their monthly bills to show an amount around $100 a month. Ouch.

To browse other Verizon offers, you can start comparing plans and phones from Verizon Wireless at Wirefly now.